3 Reasons To Upgrade Your Network With Cat6a Ethernet Cables

Whether you’re setting up a network in your home or for your business, Ethernet cables are going to be part of your cabling process. Not all Ethernet cables are the same, and if you want your network to perform to your expectations, it’s important to understand the difference, as well as how each cable will impact the activity on your network.

Once you understand the difference between Ethernet cables, the reasons to upgrade to Cat6a will make perfect sense. 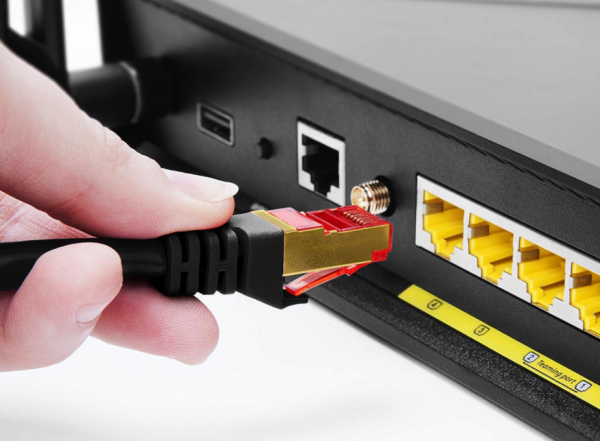 Ethernet cables are classified according to categories

Just like USB cables come in varying speeds, so do Ethernet cables. Three of the most common categories of cables are Cat5 (Category 5), Cat5e (Category 5 enhanced), Cat6 (Category 6), and Cat6a (Category 6 augmented).

The most common Ethernet cable – the kind you can buy almost anywhere for a few bucks – is Cat5. However, it’s also the slowest of the categories listed. While not technically rated to support Gigabit Ethernet, the Cat5 cable can do it at shorter distances.

A Cat5e cable can transfer data at a rate of up to one Gigabit per second, at 100 MHz up to 328 feet. With a Cat5e cable, crosstalk is minimized but not eliminated.

Here are the most important reasons to get your network running on Cat6a cables:

1. Cat6a cables will future-proof your network

If you have a network for your business, chances are, your data is doubling every month or two. By installing Cat6a cables (or even Cat7), you’re preventing the need to perform multiple, unnecessary upgrades each time you get faster equipment. There will come a point in time when you’ll need to upgrade your switches and the new switches will require Cat6a cables (or higher). Upgrading now will save you time and money later.

2. Cat6a cables give you more freedom

When you need to run cables over longer distances, Cat6a cables give you the ability to do that. This is perfect if you’re creating a wired network in your home. Even if you’re running a powerline extender kit like the one from Asus, you may need to run physical cables to another building.

Sometimes it’s more appropriate to use a Cat5e cable than a Cat6 cable when you need to transfer data over a longer distance. For example, the placement of your IP security cameras may require a longer distance than the 164 feet a Cat6 cable can handle. Many IP cameras are capable of broadcasting 4k over Cat5e or Cat6 cables, so you don’t need to compromise.

3. You can get rid of your wireless router

If you’re one of thousands of people who suffer from EMF sensitivity, the ability to get rid of your wireless router is one of the best reasons to embrace Cat6a cables.

You don’t really need Wi-Fi; with the right equipment, you can setup an Ethernet cable in every room you’ll work from. In addition to discouraging you from working on the couch, you’ll probably experience better sleep without your wireless router. That’s because melatonin – the substance that contributes to a good night’s sleep – is inhibited by the presence of electrosmog.

According to Dr. Mercola, many people with high sensitivity have a high amount of heavy metals in their system. “If you have accumulated toxic metals in your brain, your brain becomes like an antenna, picking up more cell phone radiation, which in turn can cause the microbes in your system to overreact and create more potent mycotoxins,” Dr. Mercola states. “This can create a never-ending vicious cycle between the microbes and metals in your body and your exposure to electromagnetic fields, which can lead to hypersensitivity.”

If you’re tacking the cable to the wall, over doorways, and around corners, the 164-foot range of a Cat6 cable will disappear quickly. However, the 328-foot range of a Cat6a cable gives you the ability to wind it around doorways and not compromise reliability by over extending it.

Technology is ever-changing yet reliable

The one thing that never changes about technology is that it’s predictable. Technology is always moving into the future and that consists of devices getting smaller and faster with an increased capacity for storage and performance. Using Cat6a cables will future-proof your network; at least for a little while.

Previous Android P may start blocking apps from running if they target older APIs
Next The HTC Vive Pro will cost £799, pre-orders are live