Black Friday doesn't officially start until next week, but there are a ton of early deals floating around this month. Overclockers UK has recently launched its early deals for the occasion, slashing prices across PCs, gaming laptops, components, cases, monitors and peripherals.

On the peripherals front, you'll find everything from mice and keyboards to gaming chairs. For instance, the wired and wireless versions of the PCGR Model O gaming mouse can be found for £36.95 and £64.99 respectively, a 28% and 20% discount over their usual prices. The Razer Huntsman Elite keyboard is 40% off, bringing it down from £199 to £119.99, and you'll find discounts on the excellent noblechairs range, including the new Black/Copper colourway, which is down from £329.99 to £284.99. 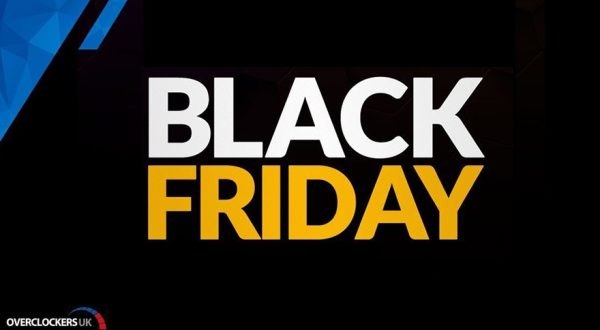 If you're currently planning a new PC build and need a solid starting point, then you'll find decent discounts on cases and fan packs too. The Phanteks Eclipse P600S is currently down to £122.99, but if you need something more airflow focused, then the Kolink Heavy Vented Edition is also on sale, down from £124.99 to £99.95. For a flashy mini-system, you could look at the Lian-Li O11 Dynamic Mini, which is down to £72.95. When buying a case, its usually a good idea to get some extra fans too, with that in mind, the Lian-Li UNI-Fan SL120 ARGB triple pack is currently 28% off, bringing the price down to £53.99 – the white version is on sale too for the same price.

These are just a few standout deals that we spotted this week. You can find the OCUK's full roster of Black Friday deals, HERE.

KitGuru Says: Are you planning on picking anything up during this year's Black Friday sales? What upgrades are you hoping to grab?