This week, KitGuru's resident modder and reviewer – James Dawson – began work testing the Thermaltake Divider 200 Air TG case. Pretty quickly it became apparent there was an issue with the motherboard tray standoffs and James simply could not install a motherboard in the case without modding it. As a direct result of this work, Thermaltake has now issued a statement to KitGuru that the Divider 200 Air TG is going to be re-designed.

Subscribers and regular viewers of the KitGuru YouTube channel may have seen our video that went up last night, pointing out the issues with the case. James' issue with the case stemmed from the fact the Divider 200 Air TG is using ‘punched-out' standoffs that are raised from the motherboard itself. With several of these stand-offs mis-aligned, it proved impossible to install a motherboard. Making matters worse, these stand-offs were catching on the back of the motherboard in very close proximity to several exposed solder points. 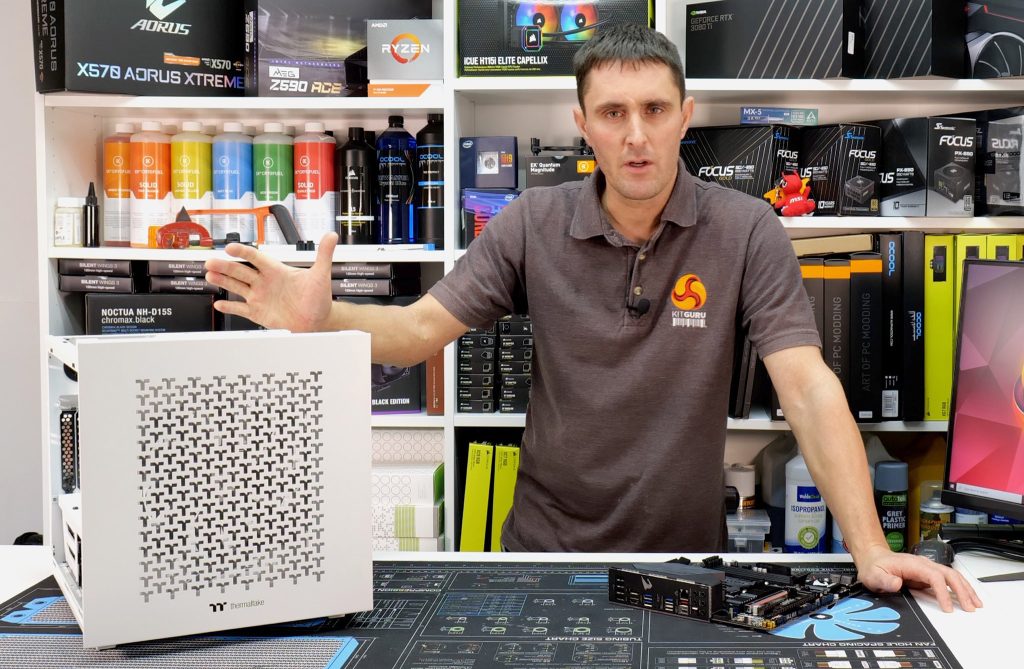 At this point, KitGuru reached out to Thermaltake with our findings and made them aware of the issue. Our press contact passed the information on to the product team, and a day later Thermaltake responded with the following statement, copied verbatim:

“First of all, we sincerely apologize for the fuzz. The design was inherited from TT's iconic Micro-Case: Core V21. It's our responsibility to ensure that the design can be applied in all situation with any given motherboard, but unfortunately we missed. We will re-design the motherboard panel with the traditional coper standoff to better accommodate the shield on motherboards.”

So there we have it. As a direct result of KitGuru's feedback, detailing the issue with the stand-offs and the potential problems they could cause, Thermaltake is going to re-design the case's motherboard tray, fixing the issue and providing a safer product to its customers. We do have to give Thermaltake credit here – in the past, we've had numerous experiences of companies disputing issues with us and simply not listening. A day after receiving our feedback, Thermaltake has announced it will re-design the case.

We will shortly be posting a new video with further details, but for now, anyone considering the Thermaltake Divider 200 TG Air is best advised to wait for the updated model. This case is already up for sale, so more details on how they will handle the changeover will be forthcoming.

KitGuru says: It's great to see our feedback having a positive effect for our readers and potential customers. And credit for Thermaltake for being so swift and decisive with their response.