A recently filed patent has given us a peak at the possible future of Google Glass, showing off a very normal look with no tell tale signs to suggest that you are wearing smart glasses. The patent was granted on the 12th of August in the US, featuring a sleeker design and the use of display technology inside the frame rather than sitting on the outside.

As you can see in the image, the tiny screen that most are used to seeing on the outside of the glasses has been tucked away behind the lens by the right side hinge- well at least that’s what it looks like. It seems like an odd placement, given that it could heavily interfere with actually being able to fold the glasses up. However, we have yet to see a real-world model, so it’s hard to make any judgements at this point. 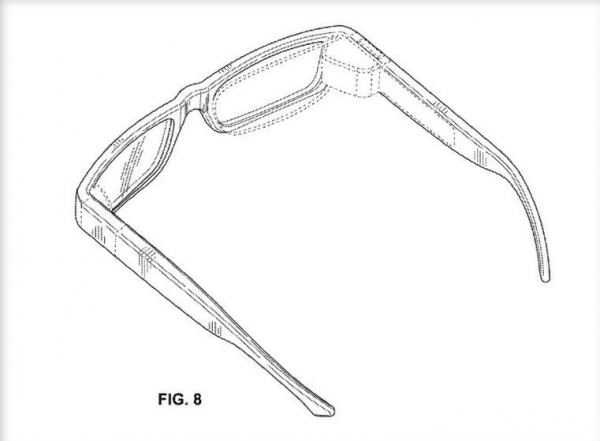 Aside from what we can suss out from the patent description and above image, there aren’t many other details available. Google’s smart glasses are still in development, the explorers programme was recently opened up to the public in both the US and UK but it’s expensive to get in, costing around £1000 in the UK or $1500 in the US.

The final consumer version is said to be cheaper and won’t look the same as the current models available today.

KitGuru Says: Google is making a pretty big investment with Google Glass but so far, it doesn’t seem to be catching on. However, future iterations could change that- after all, the final product hasn’t been revealed yet. What do you guys think of Google Glass? Have any of you ever tried a pair?