Each year at CES, Razer unveils a proof-of-concept prototype or two and usually wows us in the process. Not all of these projects end up becoming consumer products, but they are interesting nonetheless. For this year’s show, Razer is announcing Project Sophia, the world’s first modular gaming desk.

Project Sophia aims to be the world’s first ‘true’ gaming desk, offering flexibility with up to 13 separate modules for huge amounts of customisation. Each section of the desk can be configured with an array of task-specific components, such as displays, system monitoring tools, touch-screen hotkey panels, tablets, audio mixing, capture cards, etc.

“Project Sophia is our futuristic vision of a multi-purpose gaming and workstation set-up which meets the very different needs of a variety of PC uses, negating the need to move between workspaces,” said Richard Hashim, VP of Growth at Razer. “The hot-swappable modular system allows users to quickly reconfigure their desk with near infinite flexibility, adapting Project Sophia not just for the task at hand, but also to the user’s particular preference.”

At the heart of Project Sophia is a custom PCB fitted with high-end components, including the latest CPUs and GPUs from Intel and Nvidia respectively. All PC hardware is housed in a slim chassis that magnetically attaches to the underside of the tabletop, and can be detached to install new upgrades.

Various modules can be fitted to the desk, allowing it to turn from a gaming battlestation, to a productivity-oriented workstation for multiple creative outlets, from video editing and streaming to music creation. For enhanced immersion and customization, the spacious desk is lined with LEDs that can be synced with the Razer Chroma RGB ecosystem, and comes equipped with a 65″ next-gen OLED display.

Because of its highly adaptable and versatile design, Project Sophia is able to provide the optimal configuration for gaming, creating, streaming, and working, combining many traditional setups into one single desktop. 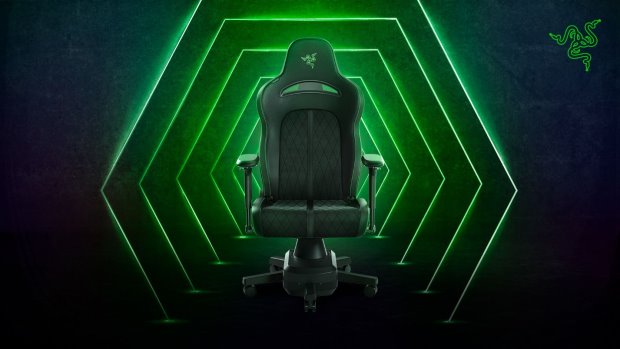 It is an ambitious project, but there is no word on whether this will end up being a viable consumer product. The Enki Pro HyperSense on the other hand stands a better chance, acting as a next-gen gaming chair with a high-fidelity haptic feedback system in place. The idea is the chair can offer tactile feedback to simulate a range of vibrations, textures and motions.

KitGuru Says: What do you all think of the latest concept projects from Razer? If Project Sophia or the Enki Pro HyperSense something you would like to use in your own gaming setup?