A few weeks ago, we heard that Sony is in the process of making a push into the PC gaming peripherals market. Now, the company has officially revealed its new Inzone monitors and headsets, designed for both PCs and the PS5.

Sony has always had a great reputation in the TV market, but we've not seen many monitors, especially gaming-oriented ones. That is now changing with Inzone, Sony's first product line focused on the PC gaming market. There will be two monitors to start off with, the 27″ Sony Inzone M9 will sport 4K resolution at 144Hz and DisplayHDR 600 certification for £999. The Sony Inzone M3 is cheaper, coming in at £499 and offering 1080p at 240Hz, and DisplayHDR 400. 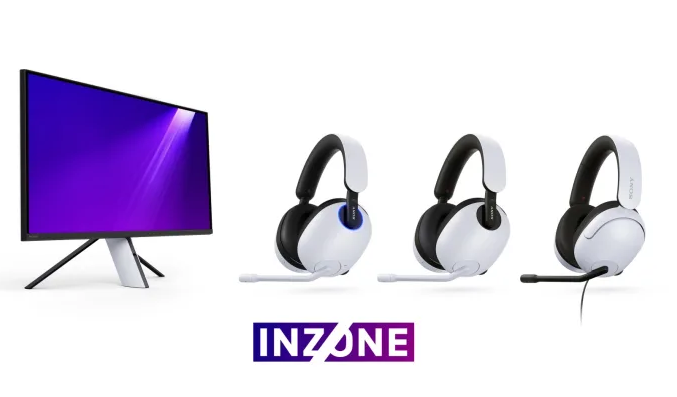 As we can see from the naming scheme, there is clearly room for a 1440p Inzone M5 monitor, but Sony has not announced plans for such a product just yet. This may well be due to the fact that the PS5 does not yet support 1440p. Despite this being a PC-focused brand, all Inzone products are also designed to sit nicely alongside a PS5, so clearly Sony is trying to appease both markets here.

Aside from the monitors themselves, there are also a few Sony Inzone gaming headsets to choose from. Sony has made plenty of fantastic headphones over the years, so we are particularly interested in seeing what the company can bring to the gaming market. On paper, the flagship Inzone H9 headset matches up well with the Sony XM4s, offering noise cancelling, spatial audio and up to 32 hours of battery life for $299. The Inzone H7 headset will cost $229 and removes Sony's noise cancelling tech, but extends battery life up to 40 hours. Finally, the Inzone H3 will cost $99 and is a wired gaming headset.

All Sony Inzone gaming products will be available worldwide soon. Discuss on our Facebook page, HERE.

KitGuru Says: What do you all think of Sony's line-up of gaming monitors and headsets? Would you pick any of these up for your gaming setup?