The Samsung Gear VR for Galaxy S6 is now available

Last month, Samsung revealed that it would be releasing an improved version of the Gear VR headset for use with the Galaxy S6 and Galaxy S6 Edge smartphones. The Oculus-made virtual reality headset is now officially available, at the same price point as its predecessor.

The original Gear VR was made for use with the Galaxy Note 4, which was already a fairly niche device. However, Samsung’s Galaxy S-series is much more mainstream and as a result, the new Gear VR has a much better chance of high sales. 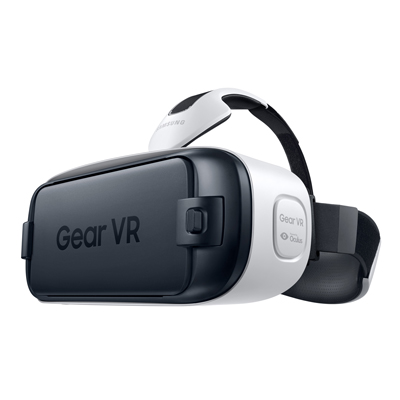 The Gear VR for the Galaxy S6 will cost $199, just like the previous version. However, there are some key design improvements, making the device more comfortable to wear. This new version was also built by Oculus in partnership with Samsung. It is likely that part of this deal means that we will be seeing Samsung-made displays on the consumer version of the Oculus Rift, which is due out Q1 2016.

The Samsung Galaxy S6 has a QHD display, so pixel density shouldn’t be an issue while using the Gear VR. If you don’t happen to have $200 for a mobile VR headset though, then you could always try out Google Cardboard.

You can grab the new Gear VR directly from Samsung in the US, HERE. The original Gear VR for the Note 4 is currently available through Samsung in the UK, although it is sold out. The store has not yet been updated with the new model.

KitGuru Says: Apparently the original Gear VR was quite good, although obviously virtual reality on smartphones is going to be meant for smaller experiences and demos, rather than the full blown games we are expecting to play when VR arrives on PCs. Have any of you used a Gear VR at all? Or even tried out Google Cardboard?

Previous Nvidia: 4K, VR, Windows 10 and DX12 will drive sales of new GPUs
Next AMD: 20nm ‘Amur’ and ‘Nolan’ will ‘probably’ not go into production