Other stats from 2014 include hitting a peak of one million concurrent viewers, 11 million videos broadcast per month and even 1.5 million unique broadcasters per month. Twitch streaming is now more accessible than ever thanks to the new consoles from Sony and Microsoft including free programs on the PC, like OBS. 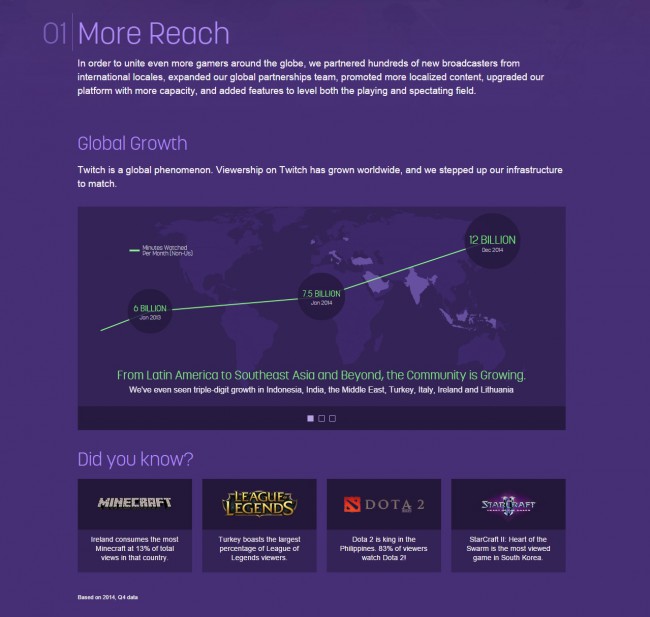 Towards the end of last year Twitch was bought by Amazon for $1 billion, since then, the company has cracked down on copyrighted music on VODs but this will not affect live streams at all. Additionally, Twitch has made its own library of free to use music for streamers, allowing them to avoid copyright issues.

The streaming service has even aired a few documentaries over the last year and it looks like things are just going to continue to grow.

KitGuru Says: It will be interesting to see how Twitch chooses to expand throughout 2015, the company is already doing a great job of providing streamers with the tools they need. What else would you guys like to see Twitch do this year?