Update (01/11/17): Since the launch of Assassin's Creed: Origins, some users have noticed something rather peculiar with the PC version. The game seems to max out many processors on the market with 100% usage. According to one cracker, this was down to Ubisoft running two forms of DRM at once, putting an additional strain on hardware for legitimate buyers in an effort to lock pirates out. Now, some proof has also surfaced.

After speaking with TorrentFreak earlier this week, the cracker known as Voksi took to Reddit to offer some proof of his findings. Right now, AC: Origins uses both Denuvo as well as VMProtect. It seems that the latter is causing the strain on CPU usage, as the game calls back to VMProtect every second, or at least every time your character moves. Here is the screenshot he uploaded, showing the AC:O program checking in with VMProtect:

Do note that if you are using an adblocker, then the image above may not appear correctly for you. Many of these extensions misread our site gallery tool as an advertisement incorrectly. If you disable it and refresh, then it should appear.

Original Story (30/10/17): On Friday, the highly anticipated Assassin’s Creed: Origins launched and while for the most part, the game has been getting praise, some PC users have been a bit unhappy. At the moment, Assassin’s Creed Origins exhibits high CPU usage, which was initially pinned down to Ubisoft’s developers making full use of available resources on PC. However, according to a particular game cracker, the situation is different, as apparently AC: Origins uses two levels of DRM, causing an additional strain on PC hardware.

This information is coming from Voksi, who is part of the ‘Revolt’ cracking team that previously cracked Wolfenstein II: The New Colossus. Speaking with TorrentFreak, Voksi says that Assassin’s Creed Origins is running a version of VMProtect on top of Denuvo’s anti-tamper code. This is apparently increasing CPU usage by an additional 30-40%. This isn’t necessarily an issue for users of the Core i7/Ryzen 7 and beyond, but it can be an issue for those running on a smaller number of cores with no Hyper Threading. 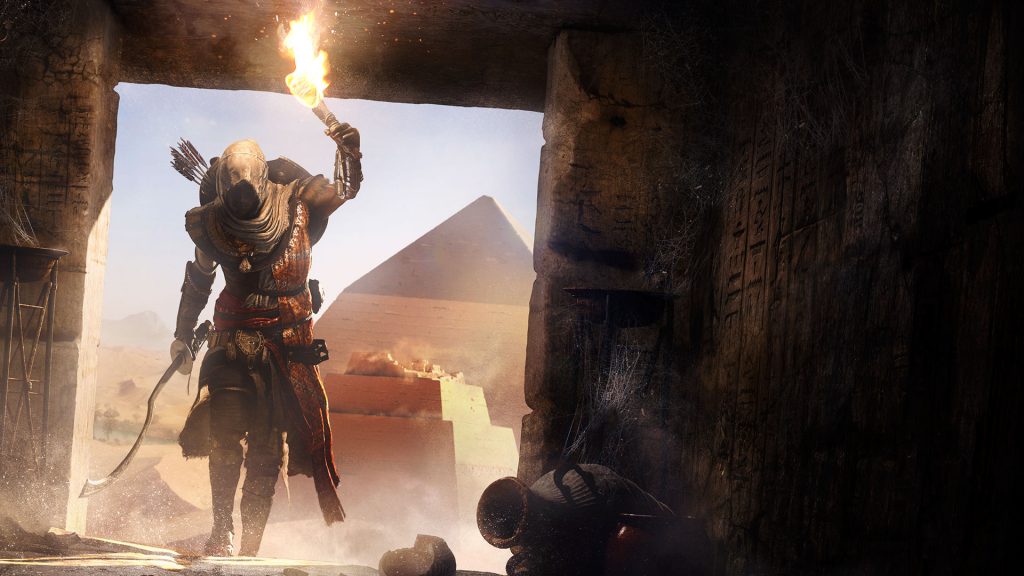 It seems that Ubisoft may have been spooked by the recent string of Denuvo cracks, which have been coming in at a much faster rate throughout 2017. In order to bolster Denuvo and keep the game piracy free for a bit longer, Ubisoft added VMProtect on top to stop crackers from reverse-engineering Denuvo.

With that in mind, Assassin’s Creed Origins is going to be difficult to crack and may end up protected for a longer period of time. However, it seems to be coming at a performance cost that some PC players won’t be happy about.

KitGuru Says: I’m fortunate enough to have a high-end gaming PC at this point in my life, so I haven’t encountered any performance issues with Assassin’s Creed Origins. However, the high levels of CPU usage does seem to be worrying a number of players. Have many of you had issues with AC: Origins? What CPU are you using to run the game?