If like many millions around the world, you're gearing up to watch the world cup with fevered excitement, then why not join in with be quiet!'s tipster competition and be in with a chance of winning some brand new be quiet! gear? 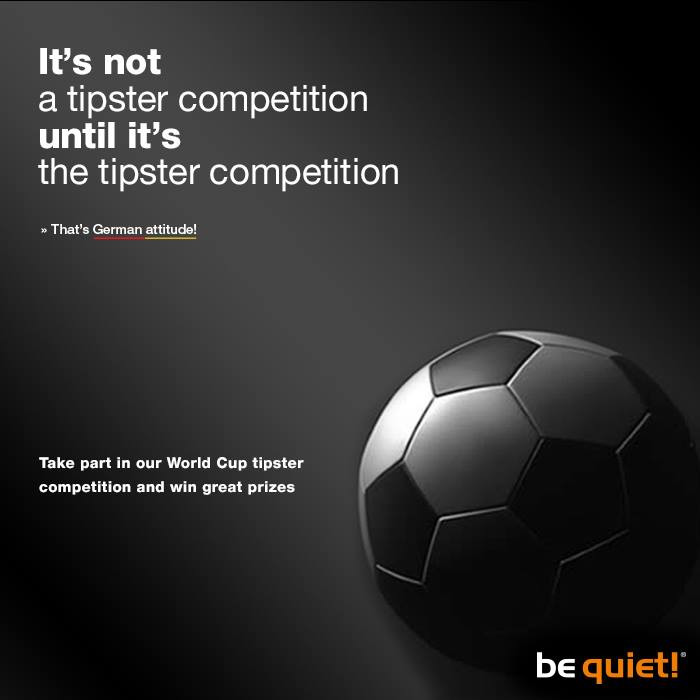 Beginning on 12th June and open to those 18+ around the world, participants will be able to place their bets from the preliminary rounds right through to the final, competing with everyone else to have the most accurate predictions. If you manage to call it right every round, you'll end up at the top of the pile with the chance to win a number of prize packs. These include:

You'll have to wait until the 12th to begin taking part, but you can find out more information on the official competition page and on be quiet!'s Facebook page.

KitGuru Says: I'm not going to profess to be an expect here, but I think Tipp-Kick is like a German Subbuteo. Man it's been a long time since I played that.

Previous We all watched a lot of Esports in 2013: 2.4 billion hours
Next Asus ROG Striker Platinum GTX760 SLi Review