Big data is one of those buzzwords that company executives like to throw around, like blue sky, or the cloud. They're vague terms that unless they come from a tech versed mouth, are unlikely to be related to their real world function. However that doesn't mean the mass collection of data points from customers and individuals can't be incredibly useful. Anonymous mounds of data can show us a lot of interesting things about the way we shop, what we want, what we need and it looks like that translates to bras, just as much as anything else.

True&Co is a company that sells and now makes bras for women, using masses of data to recommend types, styles and sizes based on a short quiz. As Wired suggests, it takes the Netflix approach. Instead of pushing you to watch the latest blockbuster (read: buy the latest fashion trend), it recommends you a product based on your personality and body type, which it figures out based on a short quiz that's been answered by tens of thousands of other women. 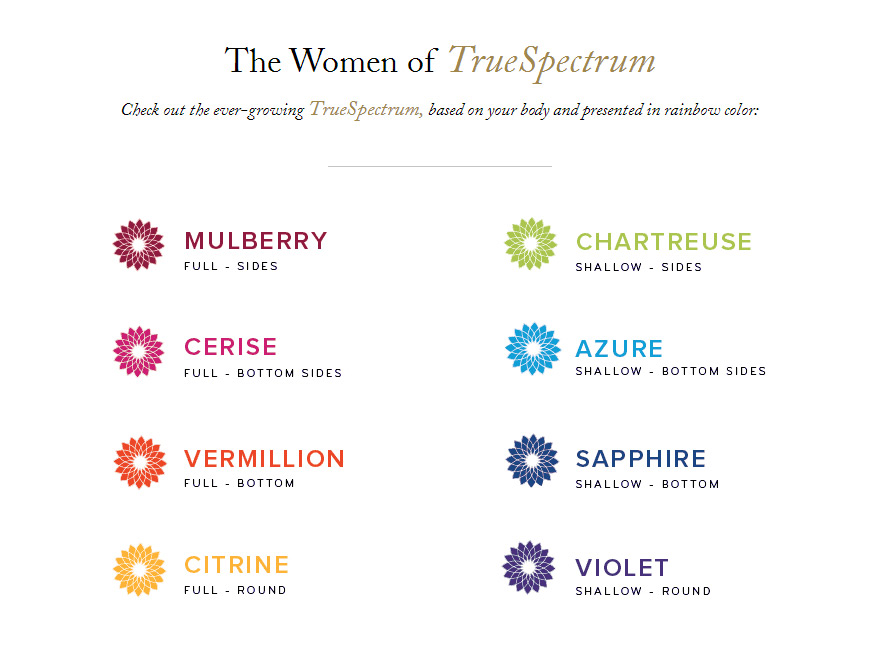 They aren't just slotting you into ectomorph, endomorph and mesomorph either. All in all, True&Co has identified over 6,000 body types. This is evidenced in its sizing, which is based around much more than just cup and torso measurements. It also considers the fullness of the breast, whether they're high or low, whether they're spaced apart or close together. The company's own products are designed to cater to many more breast and body types than other traditional lingerie manufacturers, all thanks to big data.

And there are advantages to this type of sales beyond the customers. True&Co is finding itself with far less useless stock than other brands. Instead of buying in a bit of everything and being stuck with the least popular, it knows how popular what products are and what people are likely to buy and orders in (and in the case of its own lines, makes them) accordingly.

However there is competition on the horizon. Other companies have started letting women take their measurements at home to send in digitally, thereby making sure they get a bra that fits well – though they aren't considering quite the same number of metrics as True&Co

KitGuru Says: What about it female readers? Do you have trouble picking out certain garments based on restrictive sizing? And would you be happy for your metrics to be included in the pool to help others find the right size clothes for them?

Previous Europe is suspicious of Apple’s Tax deals
Next Intel’s roadmap leaks: Broadwell-K, Broadwell-E and Skylake-K due in 2015