Bill Gates has been one of the world's biggest game changers in the past thirty years: from helping to revolutionise PC computing, right through to his philanthropy and helping to eliminate polio around the world. In a recent address in his annual letter from his Bill and Melinda Gates Foundation, he pledged to continue the work, as well as heaping heavy praise on biotechnology companies in countries like China, Brazil and India, which are developing vaccines that are far cheaper and therefore more widely available than their Western counterparts.

The big theme of the letter was combating myths about aid efforts and the changing state of the world. Throughout the long and detailed address, he pokes holes in theories that suggest foreign aid is mostly stolen by corrupt officials, or that countries in Africa are no better off than they were 50 years ago. As you might expect from one of the world's most prominent nerds, he takes to charts and diagrams to point out that countries around the world now have better health care, less poverty and in many cases, reduced birth rates because of it. This he says, is aided massively by international fund raising and charity and people shouldn't think that the situation is hopeless, or that the fight is over to eradicate poverty.

That's something he believes will be possible by 2035. Within those two and a bit decades, Bill Gates believes almost every nation will have an average standard of living that could be considered “first world”. 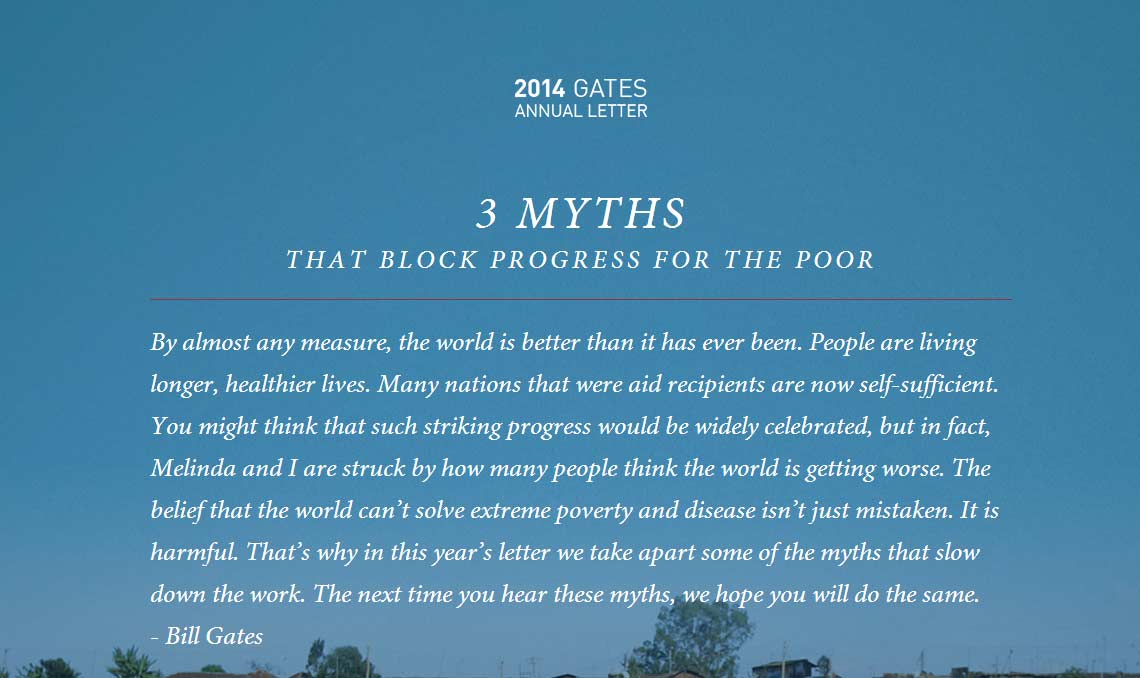 One of the biggest developments he discussed though, was the emerging vaccine production scene around the world. Typically big, western biotech companies have been are the forefront of development, with big price tags following in their wake. This is someething Gates has tried to push down, as well as using his own money to develop and distribute vaccines, which has helped eliminate polio in countries like India. However, now he says the mantle is being picked up by firms in those same countries: India, China and Brazil, all of which are developing new vaccines that are affordable and widely available.

“India's Department of Biotechnology and Bharat Biotech announced plans this year to release a new vaccine against rotavirus — which kills hundreds of thousands of children — for $1 per dose, significantly cheaper than existing vaccines,” he said. “Likewise, a Chinese biotech company won approval in October from the World Health Organisation to bring to market an improved vaccine protecting children against Japanese encephalitis. The same month, Brazil's top biomedical research and development center, Bio-Manguinhos, in partnership with the Gates Foundation, announced plans to produce a combined measles and rubella vaccine.” 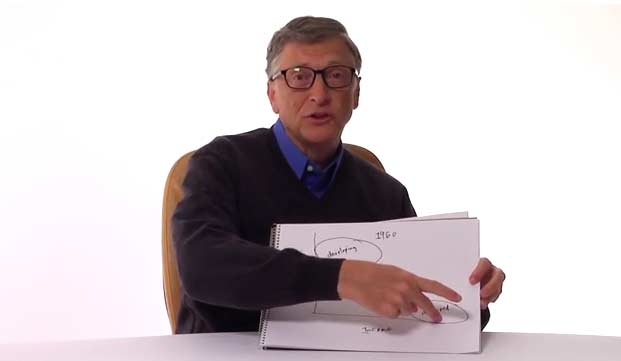 These are big developments that could really help bring the price of medicine down around the world, not just in developing countries. As Western pharmaceutical firms face increasing competition, they'll be forced to drop their prices in order to maintain their section of the market, else their customers will eventually go elsewhere.

In his address Gates also talked of the apathy which people sometimes have for developments like this and that many are despondant, thinking that the problems will never be solved. To explain how that's completely wrong and there's strong evidence to the contrary, he released this short video:

Ultimately, Gates' opening line from the letter is perhaps the most uplifting and long standing message of the whole thing: “By almost any measure, the world is better than it has ever been.” It's sometimes good to remember that.

KitGuru Says: He's right too. Despite recent financial downturns in “developed,” nations, the world itself is just getting better and better. We're more tolerant than ever, we're more connected and learned – despite all the cat pictures – so it's important to remember: we're doing a good job. We're not there yet, but if we keep it up, some of the biggest problems humanity has been facing since it came into existence could be eradicated before long.