Facebook is playing whack-a-mole with a number of specific groups on its social networking site that claim to be selling weapons in the Middle East. There's even a suggestion that they were supplied by agencies like the CIA. The pages offered everything from small arms to grenade launchers, with admins posting pictures and asking potential buyers to contact them on WhatsApp.

Although the pages are being taken down as fast as they are reported, all the pages need to do is attract a little attention and a sale can be made. Images purporting to show machine guns, 105mm artillery rounds and explosives advertised at several thousand dollars a piece have been showcased. Even missile launchers have appeared in some groups, suggesting a more sophisticated catalogue of arms for sale. 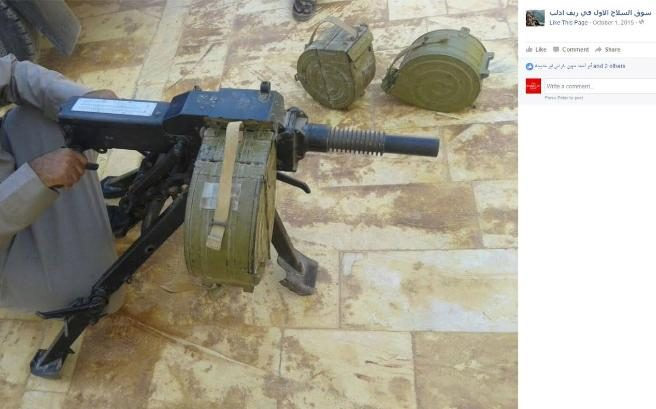 The United States and other countries have a long history of providing arms to rebel groups as part of their neo-colonial strategies, so perhaps it's no surprise at the claims that these weapons came from the CIA and other agencies. There has been some talk of intelligence organisations attempting to arm so-called ‘moderate' rebel groups in Syria and nearby regions (as per the Foreign Desk).

By keeping all sales off of Facebook and merely using the pages as a calling card and showcase of what's on offer, they can be put up and taken down quickly without much impact on their ability to communicate with potential customers in the region.

There is some suggestion that those behind these pages have links to Jihadist groups like Al-Qaeda.

KitGuru Says: Have you ever come across illegal selling on an organised scale on Facebook and other social networks?