The list doesn't stop there, but chances are if you're a big internet user from across the pond, then today you'll feel the effects, as your favourite website is likely taking part. All of them are doing so in an effort to draw attention to what will happen if net neutrality isn't protected. Without the fair shot that most companies currently have, new startups won't be able to offer fast internet services, as they'll be throttled by service providers unless they pay up, and companies with massive bandwidth requirements like Amazon and Netflix, could have to make their services less impressive just to remain profitable. 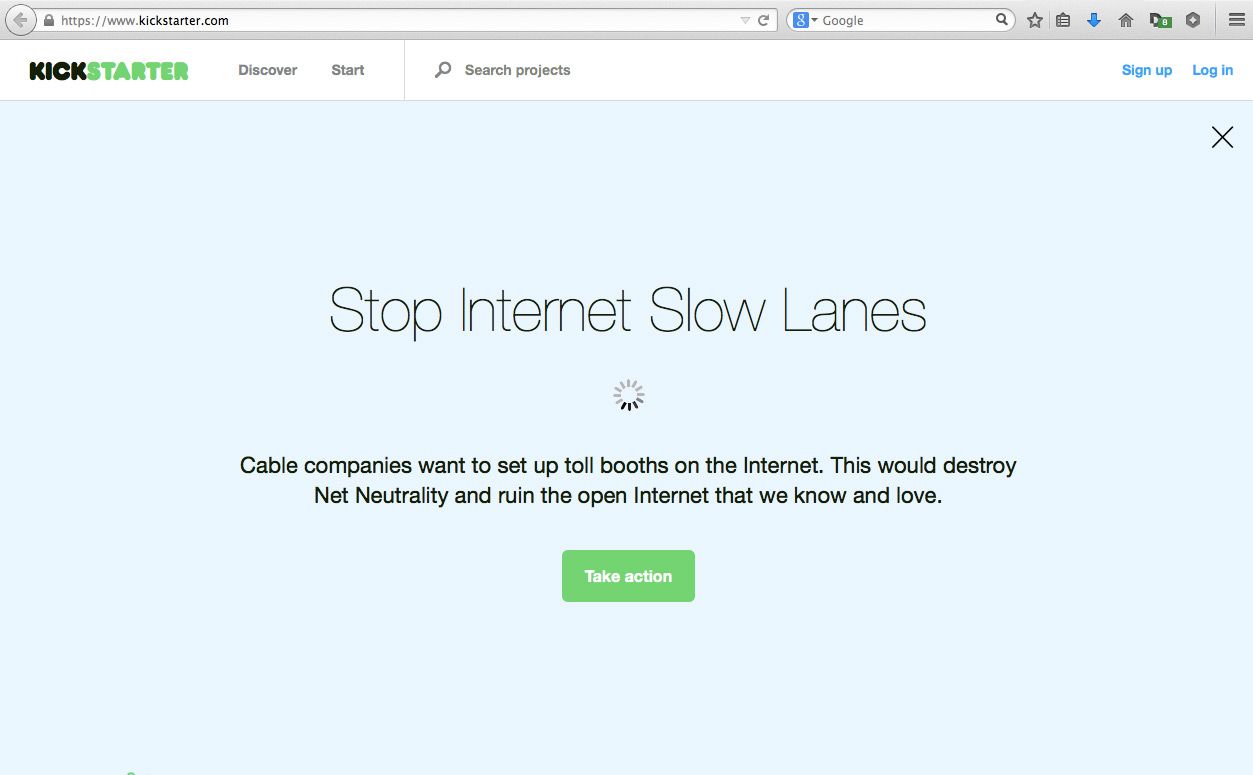 All of this is in the hope that average net users like you guys will contact the FCC to let it know what you think of internet fast (and slow) lanes, as it's requesting input from the internet community until the 15th September. So far over 800,000 people have gotten in touch, with over 99 per cent in favour of better protections for net neutrality.

If you want to take part and make your voice heard, you can contact the FCC here, through the EFF form.

KitGuru Says: We're a bit more protected here in the EU, as the Union voted earlier this year to block ISPs from having the power to dole out fast-lane passes. See, there is some benefit to us being in the EU.