If the Oculus Rift devkit was a baby step towards virtual reality, the consumer version set to be unveiled towards the end of this year, could be a giant leap. But it’s not all about games and 3D movies, the Hololibrary kickstarter is hoping to make education three dimensional too.

The idea is to take children and adults on virtual reality field trips, sending them back in time, under the ocean or into space – teaching them as they go. More than just a handful of simulations, the Hololibrary is hoping to also offer a freely available collection of these experiences for educational use around the world.

The problem of course, with creating such a library, is that it costs a lot of money to develop specifically crafted, 3D environments, especially with learning aspects as well. There’s the need for animators, researchers, voice over artists and more.

First off Hololibrary is hoping to produce five quick educational experiences with its Kickstarter campaign money, but from there it plans to generate funds from educational organisations around the world to help expand its library of content and keep it free for everyone. “Not unlike Wikipedia,” as the campaign video points out. 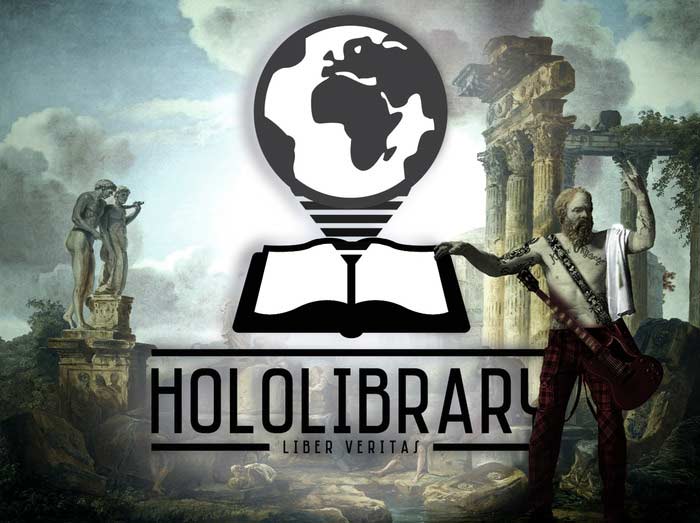 The first few educational environments being created are: The inside of a tornado, the day in the life of a bee, the moon landing and a trip inside the human cardio-vascular system.

In terms of pledge rewards, there’s t-shirts available, alongside pen drives and hard drives containing the first iterations of the Hololibrary – forgoing the need to download the many gigabytes the library will end up being – as well as for the more expensive options, all the 3D assets that they’re using to create the early simulations. That one’s more for developers who want to have a go at producing their own content – though it seems like unless you were making something similar where the assets may come in handy, that that reward isn’t really worth the extra $150.

The only real downside with all of this, is that in order to experience the Hololibrary’s full potential, you’ll need an Oculus Rift or similar 3D device. There aren’t many of those around as of yet and even by December this year, there  may only be a quarter of a million or so. It’s going to grow of course, but until something ticks that mainstream box, it’s going to be a slow burn.

KitGuru Says: The goals of this project are pretty lofty. It’s not like people are getting a game out of it. Still, free education is always great, so hopefully we’ll see something interesting come of this.