With his extradition trial approaching and pending civil lawsuits from both the MPAA and RIAA, Megaupload founder Kim Dotcom is facing the barrels of several guns all at once. To give him a little firepower in his own corner however, he’s taken the typically bold step of offering a bounty of NZ$5 (£2.53) million, for information that could help him win the case against the authorities.

“Let me be clear, we are asking for information that proves unlawful or corrupt conduct by the US government, the New Zealand government, spy agencies, law enforcement and Hollywood,” he clarified in an interview with TorrentFreak on Saturday.

While offering a monetary reward for revealing information on your government – treason in some people’s eyes and certainly more than frowned upon by those in power – might seem a little underhanded, Dotcom himself believes that he’s under attack by those who are willing to use nefarious tactics. 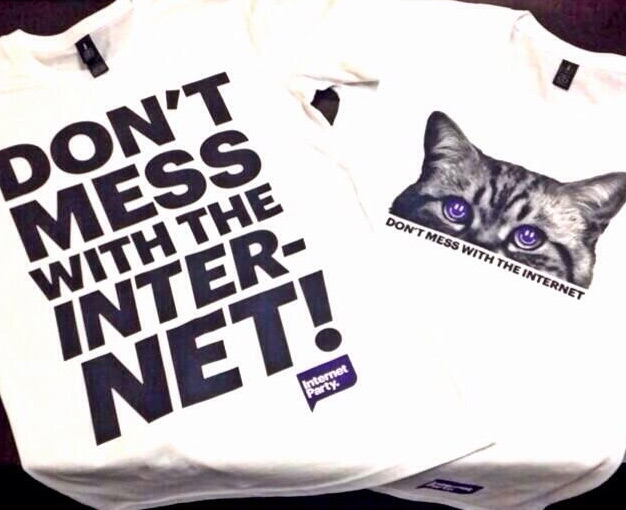 In other news, Dotcom’s political party Tshirts have been printed

“Former Senator and now MPAA chairman Chris Dodd and Vice President Joe Biden in particular have abused their political power to make the pre-trial destruction of Megaupload possible,” he said. In the whitepaper he published last year, Dotcom suggested that Biden deliberately promoted a colleague of his to focus on taking down Megaupload.

If you have information on the US or New Zealand authorities involvement in the take down of Megaupload or the targeting of Dotcom, and you want to ‘whistleblow’ it, Dotcom has suggested some methods of doing so. Since you’ll no doubt be targeted by press, potentially police and government officials, he recommends an anonymous tack. Pointing supporters to a whistleblowing tool recently launched by The Guardian newspaper, he also advocated making the upload in a public place, on public computer, with a disposable USB stick.

The evidence doesn’t even need to be case winning, it just needs to give Dotcom a head start against the authorities and you’ll be given access to the $5 million, most likely in a trust fund of some kind. Dotcom is still hashing out the details for the bounty with his lawyers.

KitGuru Says: While this seems like a great way to get a lot of phony information, it does make me worry for the current state of Dotcom’s legal defence. He’s always been so confident in it, is it now seeming less like a done deal?