Kim Dotcom has always been a big supporter of free speech. He’s put forward this ideal with his services like MegaUpload and Mega, which allowed personal freedoms through sharing of information and ideas, but he doesn’t just talk it up, he walks it as well, championing the idea behind closed doors by holding comedic ribbing events, like a “racist day,” during the creation of his Good Times album.

At a time when large numbers of people are criticised and attacked for what they say in the privacy of their own home and news reports about language aren’t even allowed to mention the words they’re discussing, Dotcom and friends had a much more open way of talking during the creation of his recent album. Picking up a tradition from his multi-cultural and multi-national producers, who have built up a raport that involves a lot of trash talking, Dotcom created a “racist day,” where gollywogs were left around the studio and racist barbs were thrown back and forth with abandon.

The idea comes from wanting to blow off steam in an environment where long work hours are common place and the lack of sunlight can drive people a little stir-crazy. Taking it to a racial level is seen as a natural progression and by many, to be the epitome of poor taste – making it all the more funny when people are allowed to make jokes about it with impunity. 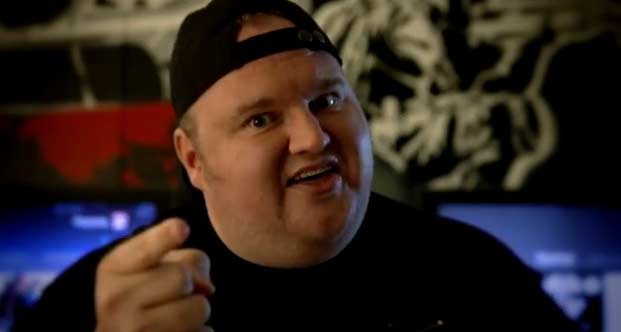 Of course none of it is malicious, which is what Dotcom and others are keen to make people understand. In the context of what they were doing, being mean to one another was hilarious and something enjoyed by everyone: “There was never any personal offence meant nor taken. It actually went to show that race wasn’t an issue for any of us,” Dotcom said in a statement.

Roundhead Studios’ sound engineer, Neil Baldock, said that: “Everyone in the studio would rib each other on subjects normally considered taboo. These were never personal attacks and there was no malice. It was all closed-door fun.

“Whatever minority group or nationality might have been in the room was fair game and everyone dished it out equally,” he said. “Nobody got offended. They got me for being white and freckled. Kim didn’t actually know about it, but was in the studio one day and joined in. He copped it over his weight.”

KitGuru Says: This is a great example of context being so important with language. Printed out of context, with no word given to the intention of the “racist” jokes that no doubt flew around that day, would sound horrific. But among friends, when it’s a joke, with the intention being to make someone laugh, it doesn’t matter what you say.

That’s why zero tolerance policies on language are so dangerous. That’s why you can’t “ban” words. If a recording of this session had appeared with no explanation, people would be calling for Dotcom’s head.

Previous CSO John Byrne claims AMD is leading in exclusive KitGuru interview
Next Nintendo: We have to become entertainment, not a gaming company