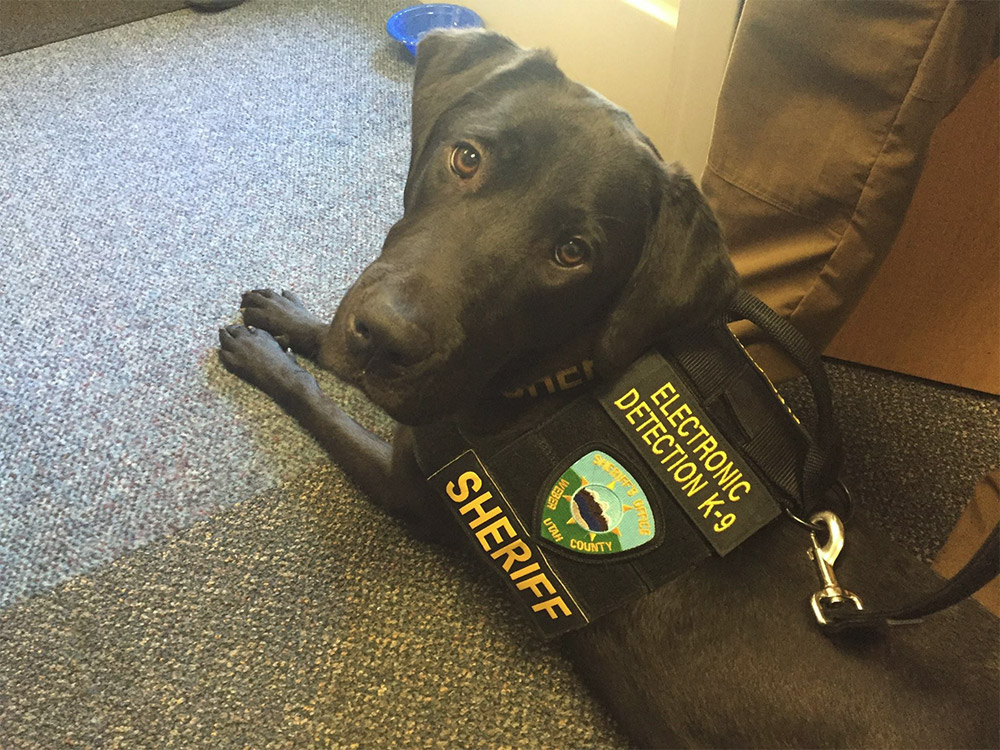 URL himself was rescued from a shelter when he was a puppy and went through six months of rigorous training to bring him to the state of readiness he is today.

Of course there are some sceptics. Drug sniffing dogs have been shown to have quite low success rates in tests, so some have suggested that commercial plastics used in non-electronic devices could obscure the results. Fortunately though, URL is much less likely to be used in any warrantless scenarios and any electronic devices found aren't damning in their own right, so he won't be contributing to any false positives in the future.

KitGuru Says: I wonder how you pronounce his name? Is it U-R-L? Yurl? Earl? How would you say it?

Previous Bitcoin and Ether up as Pound tanks following Brexit
Next AMD Vega hits milestone, not coming soon though