One of the founding fathers of the internet and creator of the World Wide Web, Tim Berners-Lee has spoken out about the current state of the internet in the March issue of Wired magazine, stating that he doesn’t want to see countries developing their own closed off internet infrastructure in order to keep the rest of the world out.

“I want a web that’s open, works internationally, works as well as possible and is not nation-based,” Berners-Lee said, highlighting examples like Brazil and Iran which are both developing their own internal internet platforms. It’s not all of their fault he said, pointing the finger at schemes like PRISM and Tempora as to overreaching that has hugely decreased trust in international, specifically Western, digital business. 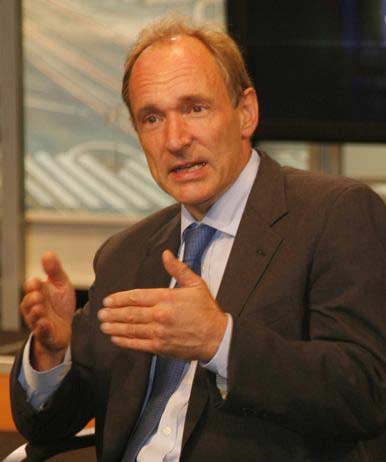 However he seems relatively optimistic about the future, suggesting that at least big companies will be unlikely to develop the monopolies that are required for a really restrictive internet, because competition is just too fierce to let that happen. It’s self censorship that may come in the wake of NSA spying that does have him worrying though and the fact that distrust between governments over spying may mean the creation of digital iron curtains in places like China.

He also defended Edward Snowden, saying men like him needed protection more than anything: “It’s a really important culture, it’s important to have the geek community as a whole think about its responsibility and what it can do. We need various alternative voices pushing back on conventional government sometimes.”

KitGuru Says: Any time someone prominent comes out in favour of the an open internet it gives me hope. My career and livelihood is only possible because people around the world can read what I write, but more than that, the internet’s international neutrality has the greatest potential to bring us all together, despite the trolls. It lets anyone talk to anyone and that’s something that’s never been possible in human history. It’s so, so important.