A Czech man found guilty of pirating various pieces of software faced upwards of half a million dollars in fines from the court, after Microsoft, 20th Century Fox and Sony Music demanded compensation for his sharing. However since he couldn't pay it, the courts came up with a novel solution: make him star in an anti-piracy public service video, with a mandatory minimum hit count. If it breaks 200k, he's off the hook. 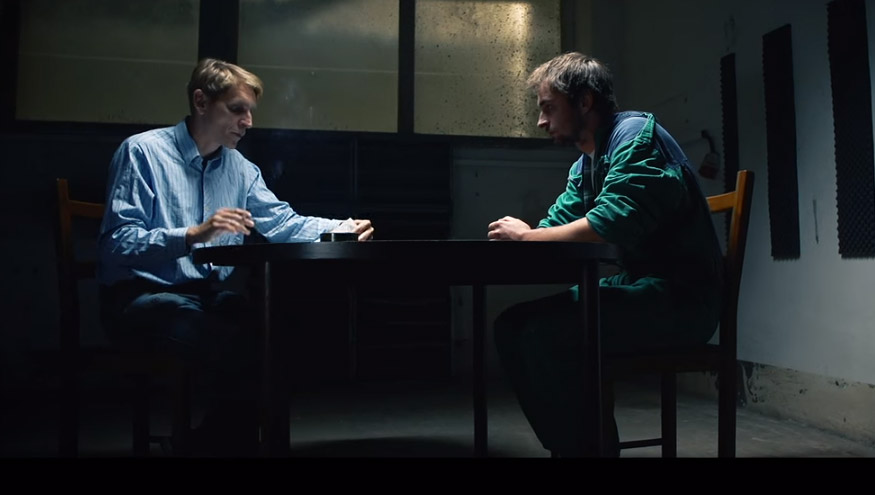 The authorities in the video are portrayed as ghoulish, shadowy smokers.

Although he may not admit to all of it, Jakub F was accused by the British Software Alliance of distributing links to copies of Microsoft Windows, and various forms of movie and music media over many years, aiding in the sharing of various copyright protected content. For that he was found guilty and was given a large fine like many pirates have before him. Instead of forcing him into bankruptcy though, the court took a different tack.

Now Jakub finds himself starring in his very own anti-piracy video, called (in Czech) “The Story of My Piracy.” If he can garner enough viewers for it, he will avoid having to pay a fine for his actions. That figure sits at more than 130,000 at the time of writing, so he's well on his way, but he's not taking any chances.

To help promote the video he's launched a new website, which he claims is there to discourage others from going down the road he did.

“I had to start this site because for eight years I spread pirated software and then they caught me. I thought that I wasn’t doing anything wrong. I thought that it didn’t hurt the big companies. I didn’t even do it for the money, I did it for fun,” he said (via TorrentFreak).

But that fun came to an end, as the video points out. As cool as you may feel sharing copyright protected content, the feds will come knocking – it makes that clear.

KitGuru Says: Considering Jakub has managed to receive well over 125,000 views in just a few days, it seems likely he's going to hit his target. It's nice to see courts not ruining someone's life over a bit of unlicensed sharing too.