Tommy Wiseau clears up The Room questions in AMA

The Room is one of those movies that shouldn’t work. It’s terribly filmed, terribly acted, terribly written and somehow, it comes together to create something perfectly watchable – albeit with your jaw on the floor most of the time. Since its release in 2003, it’s garnered a cult following as one of the best bad movies ever made and people have eagerly awaited the director (and protagonist) Tommy Wiseau’s next work and with that now on the horizon, he’s been doing a Reddit AMA, answering a number of questions that tie up The Room’s loose ends.

NB. All quoted spelling errors are straight from the Wiseau’s mouth.

For example, you’ll be happy to know that Claudette, Lisa’s Mum, finally did get over her cancer. There will be a follow up to The Room. A direct sequel. And it may be in 3D at some point. Also the “doggy,” in the flower shop scene was absolutely real and made $100 for its contributions during filming. 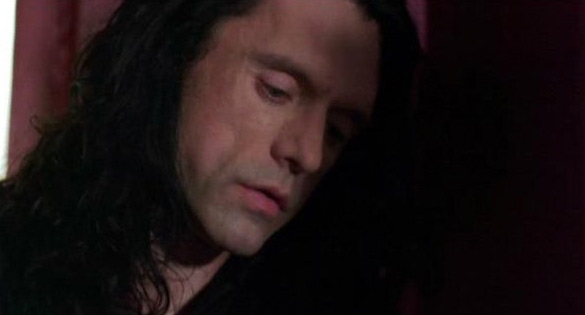 Mr Wiseau also delved into some of the motivations for characters and how other films and the world at large inspired their creation.

“First of all, you can compare Lisa to Eleezabeth Taylor, to when she did CLEOPATRA. The ladies, they don’t have to wear jeans, they can wear dresses to be very powerful,” Wiseau said.

“So Lisa’s character is very powerful. She represents American society.”

He’s also working on his own autobiography, since he wasn’t entirely happy with the account of filming The Room released by Wiseau’s co-star, Greg Sistero, called the Disaster Artist.

“Yes, I am, because as you probably kneow, DISASTER ARTIST is not 100% correct, and some people – again – are very disrespectful of my lief. How dare you to bash me, to say negative things about me and my life when you don’t even know me? Shame on you.”

All of this was part of Wiseau’s promotion for his new sitcom which is now on Hulu.

KitGuru Says: Although Wiseau himself doesn’t type out the answers to his questions, whoever handled it did a great job of phonetically translating his manner of speaking. For anyone that enjoyed The Room, this one’s well worth a read.

Previous Elon Musk: driver controlled cars could be outlawed
Next Valve did not just give everyone in the EU a chance for game refunds