Watch the Game of Thrones cast try the Oculus Rift

South by South West (SXSW) is still ongoing in Austin, Texas and there’s a lot of cool stuff coming out of it, one of the most interesting being the implementation of the Oculus Rift headset in a Game of Thrones exhibit. The simulation has you wearing a Rift, standing in a mobile cage, with a wind machine, making you feel like you’re in a steel cage heading up The Wall. It was so well done, that even cast members found it a bit nerve racking.

In the above video from Mashable, we see not only the installation itself, but the reactions of Arya Stark actress, Maisie Williams, who seemed genuinely a little shocked by the experience. She went on to say that while scary, it was “amazing.”

The demo was described as a 4D viewing experience, where you’re not only given visual and audio elements, as a lot of Rift demos offer, but physical feedback from the shaking platform and the wind machine too. As the demo progresses, the lift carries you higher and higher and you eventually reach the top of the wall where you’re attacked and killed by attacking Wildlings. 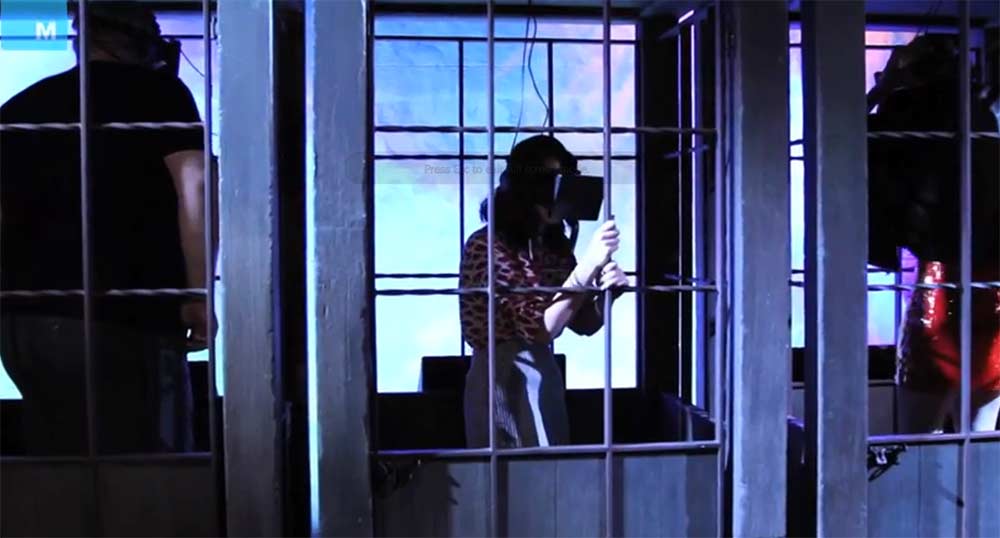 KitGuru Says: This has definitely got me thinking. I may have to try setting up a fan in front of me next time I’m on a flying Rift demo.