Now that Watch Dogs is finally coming out, we are learning more about the game’s development cycle and the trials the developers went through to get to this point. One of those trials was the 2012 E3 reveal which as it turns out, wasn’t actually supposed to happen.

According to the April issue of Edge magazine, Ubisoft CEO, Yves Guillemot, pushed the developers in to the reveal: Watch Dogs Creative Director, Jonathan Morin, said: “They forced us to go at E3 2012. Yves was the one who wanted us to go at that E3, even though we felt it was a bit early.” Although looking back on it, Morin now agrees with Guillemot’s decision to reveal the game back in 2012 saying “In the end, I think he was right.” 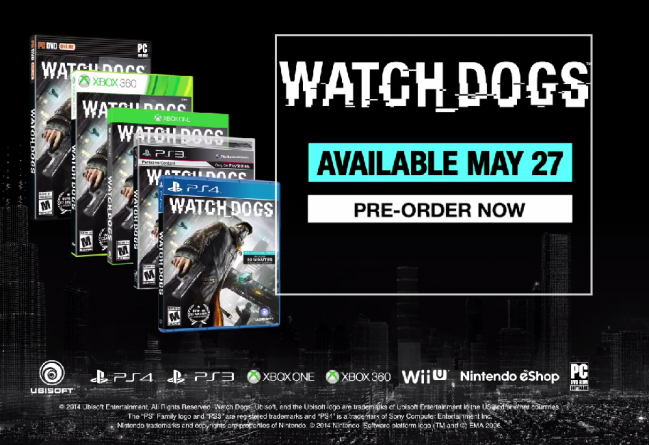 In addition to this, an Ubisoft blog post has recently shed some light on what the developers did with the extra time given to work on Watch Dogs. At the time, the justification for the delay was that the team “needed to take the extra time to polish and fine tune each detail so we can deliver a truly memorable and exceptional experience.” That statement still remains true but now we have an example of some of the extra work that went in to the game:

“For us “polish” is that very hard-to-plan period where in theory you’re finished but you need to still adjust things a little bit.” the blog post reads, “Once you do a lot of playtests you realize there are certain parts of the city where players go more than others. So we look at it and we say, OK, there’s all these things happening in the city that many players may never see, there’s those areas they’re going in, and maybe if we had more variety there it would be better. It’s impossible to plan that a year ahead. You need to do it, see it, make an adjustment, iterate on it.”

KitGuru Says: Ubisoft clearly cares about this game’s success, they were willing to delay it even though the company’s end of fiscal year earning projections would take a hit. I’m still excited for Watch Dogs and hopefully it will live up to the hype.