Home / Channel / ZiftrCoin wants to be the first mainstream cryptocurrency

ZiftrCoin wants to be the first mainstream cryptocurrency

Since Bitcoin began pulling in headlines and investments from all over the world following its meteoric value rise back in 2013, many other digital currencies have launched hoping to become the next standard in decentralised online payment systems. The newest of the bunch is ZiftrCoin, which the developers claim has the potential to make online currencies mainstream, by being easy to use for consumers and simple to accept for businesses. 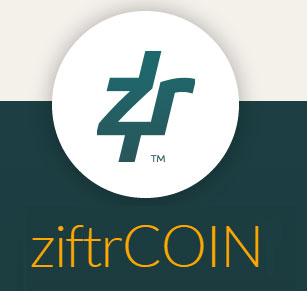 How easy though? Well for starters, the ZiftrWallet system, the storage platform for your ZiftrCoin, is designed to hold digital currencies of varying types, including Bitcoin. On top of that, you can also add credit card and bank details, making it work like a catchall Paypal account. This comes hand in hand with the ZiftrCart, which allows you to buy products from a number of outlets using ZiftrCoin, using an already integrated search engine which lets you find what you're looking for at the best price.

This might sound like something that can be achieved already with traditional payment platforms, and indeed that's true, but very little like this exists for comparable currencies like Bitcoin, so for a digital currency system this is quite unique. On top of that, thanks to the Ziftr API and the fact that the ZiftWallet stores payment details, it means that retailers don't have to – they just need to be able to accept those sorts of payments. Fortunately then, a good number already do.

Much like Bitcoin, ZiftrCoins will be mined over the next few years, eventually reaching a maximum number of 10 million. As DeepDotWeb points out, certain safeguards are in place to discourage massive mining farms.

To make sure at least some value is retained throughout the coins' existence, they will have a minimum cost of $1 per coin.

Better yet, for the first million people that sign up to ZiftrCoins by the end of 2015, they will each receive a free 100 ZiftrCoins. Do the maths and if that pans out, it would certainly be worth signing up for when the giveaway begins.

KitGuru Says: I'll certainly be keeping an eye on this as it seems to be the most well funded and planned out digital currency launch yet. That said, a minimum value is all well and good, but people need to want to spend that on it for it to be a true value.