Although the outward expansion of human knowledge into the Cosmos is ever growing thanks to the efforts of teams like the New Horizons, which recently flew past Pluto, our species is also looking inward to find out more about the building blocks of matter itself. That's where the Large Hadron Collider particle accelerator comes in and after a two year shut down, it recently restarted experiments at a higher energy, meaning the first results that trickle in should be rather exciting.

While we haven't quite discovered god yet, we do have a new ‘minimum bias', or rather a measurement of how many particles are produced by collisions at the new higher powered 13 trillion electron volts (TeV) energy. With these measurements in place, we can now proceed with more specific experiments, comparing their results to the minimum bias, in order to discover what difference (if any) there is measuring the results accordingly. 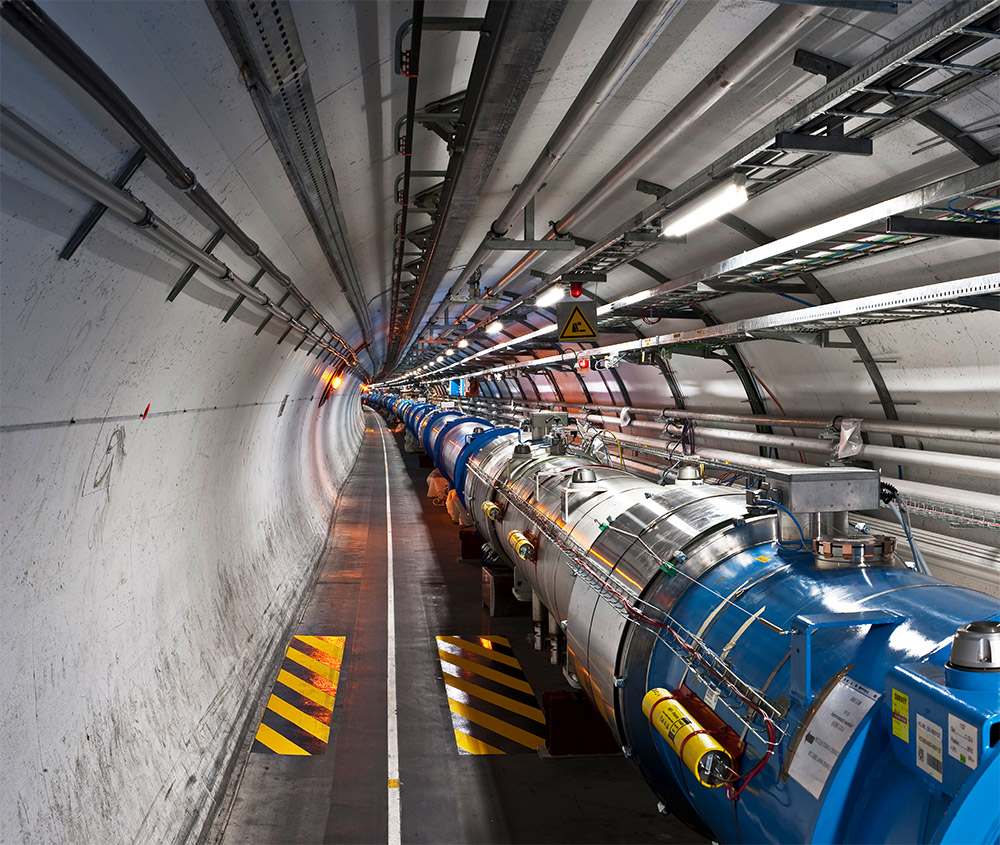 Another discovery so far has been a surprising ‘ridge‘, which has only previously been seen with the collision of heavy ions. However recent experiments have shown the same thing happening with proton to proton collisions, which suggests the formation of some sort of plasma. Many theories have already been suggested as to why this has taken place, but further experimentation will be needed to find out for sure, as per the Guardian.

As interesting as these results are though, the most hotly anticipated is whether there is the hint of a new particle as we saw at lower energy levels. If it's present in these results too, we could very well be looking at the confirmation of a new particle. There has already been some speculation that scientists have already done so, but are waiting on extra readings before publicly stating so.

KitGuru Says: A new particle would be a very exciting find for the LHC and would certainly continue to show that it was worth its £6 billion investment.