Although there is a lot of research and effort going into figuring out Mars’ future and how we might fit into that, many people (and a few rovers) are trying to figure out its past as well. Something that’s become apparent about it recently, is that it has large deposits of ice still hidden under the surface and may have had liquid water not too long ago. In-fact, according to a new study it might have been present during the time when humans were beginning to light their first fires.

The study was put together by Tjalling de Haas from Utrecht University in the Netherlands and published by Nature. In it, researchers were investigating a million year old crater on the red planet, only to discover that it had micro-gullies and sediment deposits, which are characteristic of liquid water flowing across its surface. Considering the age of the impact crater, it’s possible to date the liquid water flows to around half a million years past.

“I was actually really quite surprised to discover the volume and activity of water required to explain the [gullies] and debris in the crater,” de Hass said (via PM). “The takeaway is that on a relatively recent timescale, there was quite some fluvial activity at certain locations [like the Istok crater] on Mars, at least for short periods.” 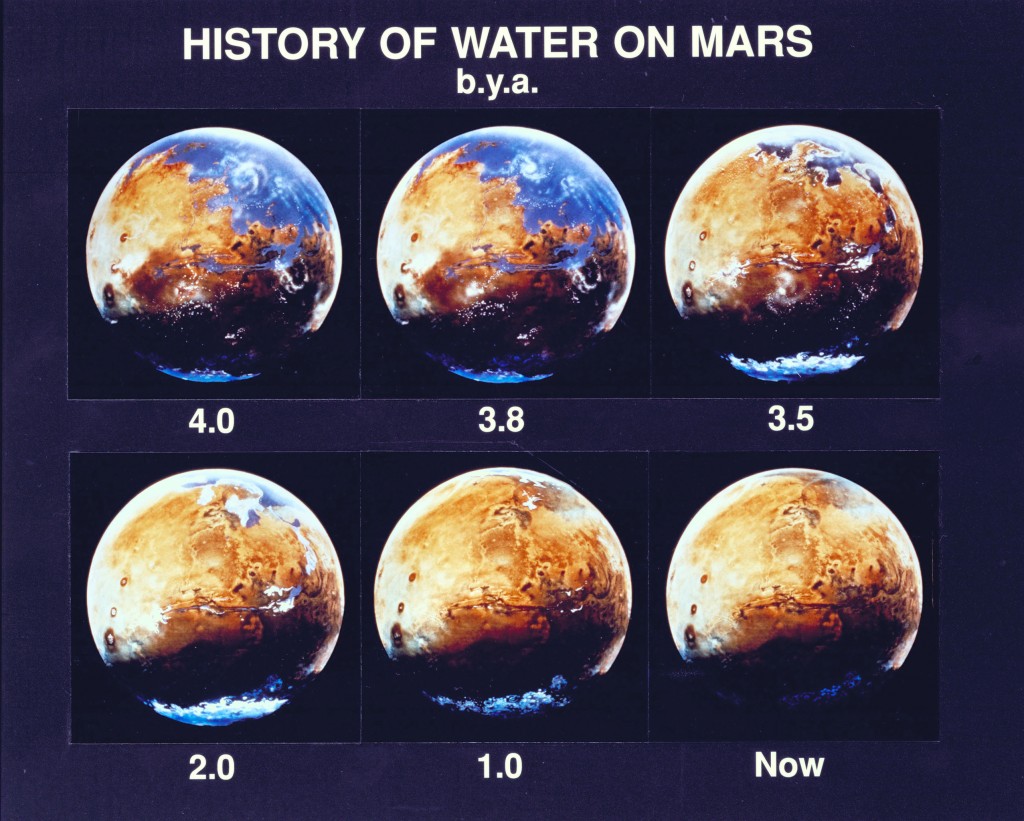 However, this water wasn’t running across the planet in rivers and lakes, as most of Mars’ protective atmosphere was stripped away billions of years ago, which would make the formation of oceans and lakes impossible. Instead, it’s believed that the rivulets of water were formed by melting snow and ice, caused by the ending of a Martian ice age.

As usual though, the finding of answers only creates more questions. While we now know more about water flow on the planet, it’s still not understood why the water would collect where it did and why the snow and ice would migrate so far from the poles. One suggestion is wind carrying the frozen water, but nobody is certain.

KitGuru Says: More evidence of potential life giving water in various states. That’s encouraging for anyone that’s hoping we find something alive on Mars in the future.