Everyone excited to see what images the New Horizons probe is set to send back of Pluto, our erstwhile 8th planetary friend, can breathe a sigh of relief, as NASA scientists have managed to bring it back to life after a computer malfunction, just over a week out from its fly by.

The fault occurred on Saturday afternoon, when an as-yet undiagnosed malfunction caused the probe to switch to a backup computer system, resulting in the entire space-craft being out of touch with ground control for what must have been a nail-biting 81 minutes. Fortunately they quickly re-established communication and announced that despite the set back, the scheduled fly by would still take place on the 14th July, as planned. 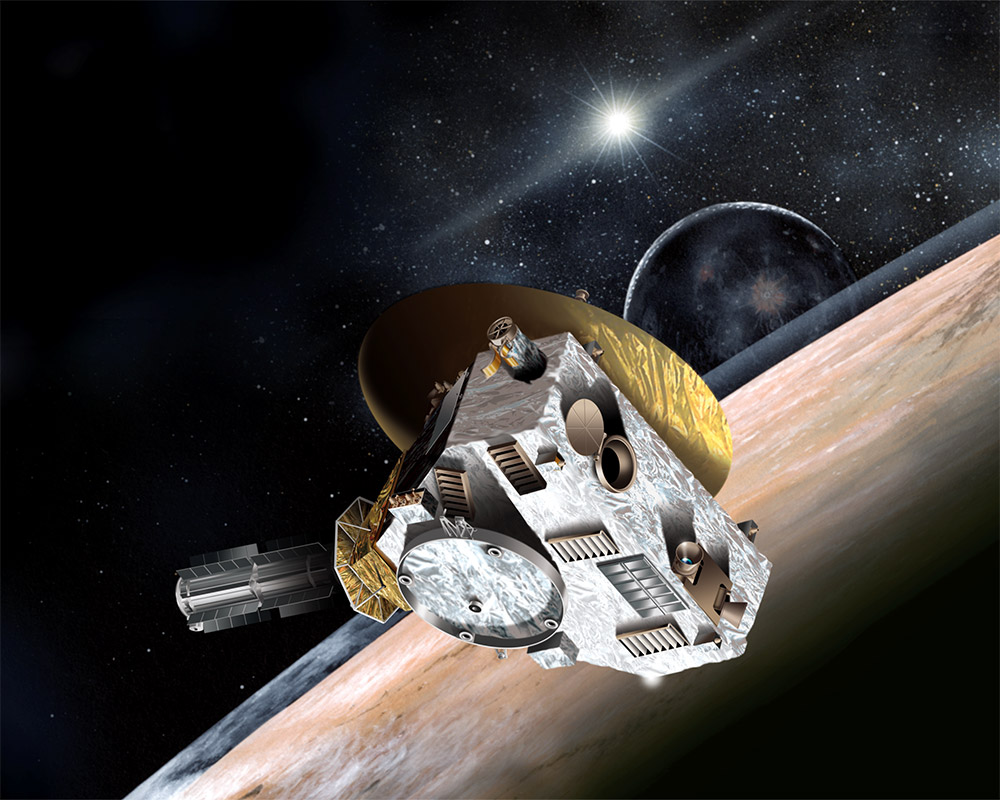 As cool as these renders are, I think future launches should include a space-craft selfy stick. Source: NASA

However, there will be a lack of imagery over the next few days as NASA brings the craft back to full functionality, as it explained in a statement:

“Due to the 9-hour, round trip communication delay that results from operating a spacecraft almost 3 billion miles (4.9 billion kilometers) from Earth, full recovery is expected to take from one to several days; New Horizons will be temporarily unable to collect science data during that time.”

Fortunately NASA had already completed all scheduled manoeuvres to orient the craft into the correct path to fly by Pluto at an altitude that avoids any potential hazards whilst taking the best quality images possible of its surface. To date, the best pictures we have of the far flung dwarf planet are blurry, vague ones captured by the Hubble Space telescope.

Already images from New Horizons have proved almost as detailed, so as it gets closer and as long as it comes fully back online, we may see some much clearer shots.

KitGuru Says: It would be heart breaking if after its near 10 year journey New Horizons failed to operate correctly. Here's hoping last week's Space X failure wasn't a bad omen.

Previous Pirate Bay was worth prison time, claims founder
Next Sony may launch an Xperia Z5 with Snapdragon 820 in September