Someone else is claiming to have made a water powered motor

Every few years, a story appears that suggests some backroom inventor has created a prototype vehicle that runs only on water. While their claims are often fantastical, rarely do they pan out to be of real scientific significance, but perhaps this case will be different. Brazilian civil servant and home inventor, Ricardo Azevedo, is claiming that his water powered motorbike can travel up to 500km on a single litre of H20.

In a chat with Reuters reporters, Azevedo can be seen drawing water from a local river, before filling a tank on his motorbike and riding off on it. The process he uses is said to be electrolysis, which is an age old technique for the separation of hydrogen and oxygen from liquid water. 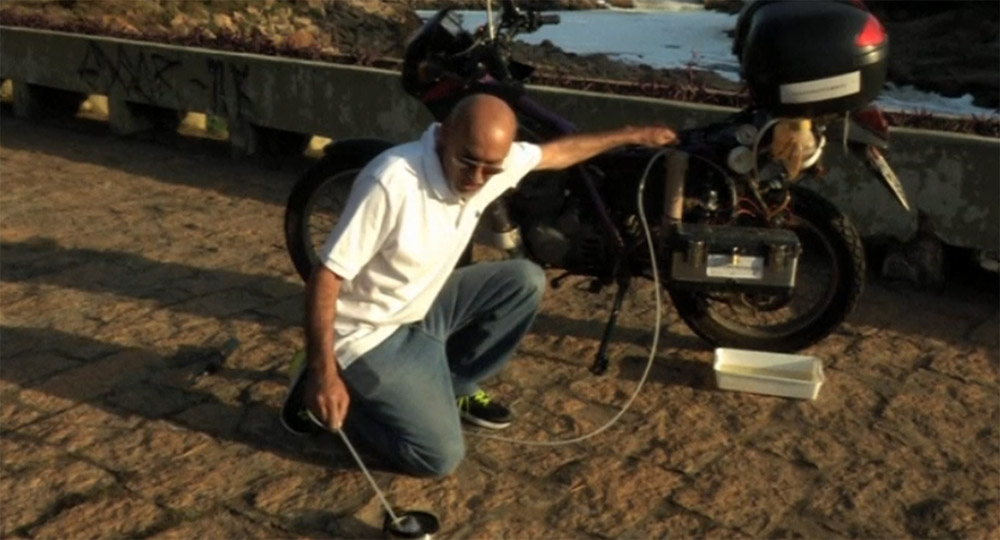 Despite the ease with which Azevedo claims to have created his motorbike however, companies investigating the viability of hydrogen vehicles have shown much more interest in the industrial extraction of hydrogen, with cars merely filling up with the gas like they would traditional petrol or diesel. In other ventures, full on electric cars which charge from a mains socket have been pursued.

In one famous case, Stan Meyer, who made such a claim in the ’80s, made bizarre and flimsy excuses why he couldn’t allow an electrical expert to inspect his car. He died in the late ’90s from a cerebral aneurysm, though his brother claimed at the time that he ran outside from a meeting with two Belgian investors shouting that they had poisoned him.