BBC followers are now able to watch their favourite tv shows while traveling thanks to a new adjustment to the iPlayer software. Programs can now be downloaded from the iPlayer to smartphones and tablets, for the first time.

From today, license fee payers can download media from the iPlayer video on demand service to watch them offline on a range of devices, including the iPhone and iPad, at no extra cost. This can also be achieved when outside the UK,. with a foreign IP. The BBC are going to support Google Android devices shortly.

With mobile downloads, you can now load up your mobile phone or tablet with hours and hours of BBC programmes, then watch them on the road, on the tube, on a plane, without worrying about having an internet connection or running up a mobile data bill.”

Once the programs are downloaded they will be available for 30 days, or within 7 days of being watched. The only limits on the amount of content will be the device being used.

The BBC add that users will soon be able to select shows for offline viewing via a 3G signal, as well as Wi-Fi.

Mobile requests for the iPlayer have soared by 142% in the last year, to 30 million a month. The iPad is the second most popular way to watch the iPlayer shows, next to the PC.

The BBC say that a fifth of all UK adults use the iPlayer at least once a week which is an incredible adoption rate.

Kitguru says: A logical step forward for the BBC and one that is likely to be welcomed by the user base. 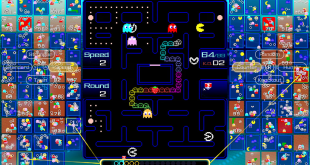