Liquid cooling has been around for well over a decade, but has never become something that is both affordable and reliable. Fractal Design, a maker of PC cases, seemingly want to change that by showing off a concept PC based on its Define S chassis and a liquid cooling system at Computex. In addition, the company demonstrated its line of new products.

The demo PC was designed to show that it is possible to cool-down an enthusiast-class Intel Core i7-4790K “Devil’s Canyon” central processing unit and a couple of high-end graphics cards using only a liquid cooling system. Apparently, it is possible with the usage of Fractal Design’s Kelvin S liquid cooler and Dynamic GP-12 PC case fans.

There are three models of Kelvin S liquid cooler (S12, S24 and S36) available today, you can build beautiful systems as shown below yourself. 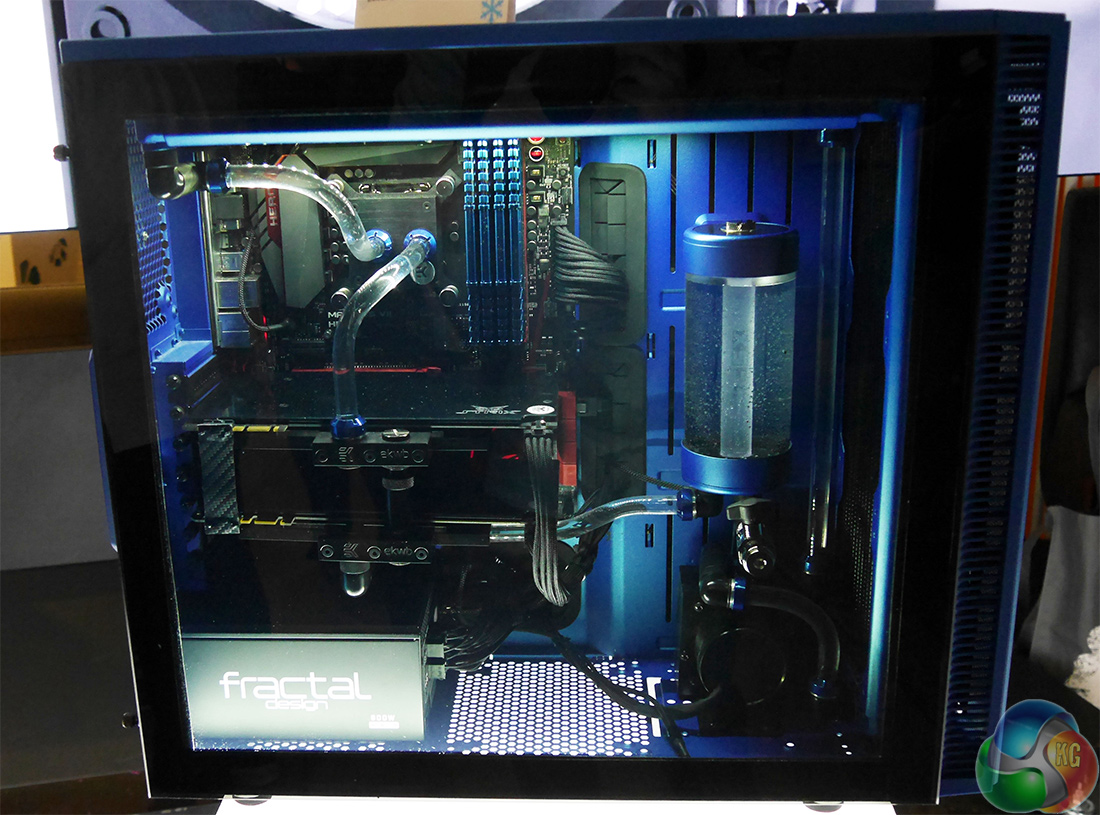 In fact, having announced the Define S earlier this year, that left Fractal Design with a few things to unveil during the show, reports Leo Waldock (see video above for more details).

The company introduced a case called Core 500, which supports mini-ITX mainboards with a regular ATX power supply units in a chassis that has a volume of 19.5 liters, but still has room for a 280mm radiator. U.K. price is £49.99.

The final piece of news is that the Dynamic GP-12 fans, which were announced a couple of months ago, are now available.

KitGuru Says: Fractal Design definitely has great designs. Let’s see how good the new ones actually are in real life and in our labs!