Corsair has unveiled a host of new products ahead of Computex, bolstering its line of SF Series 80 Plus Platinum and Vengeance Series 80 Plus Silver power supplies. The fun doesn’t stop there, either, as the company injects more RGB into its Crystal Series 280X RGB MATX Case.

Corsair’s SF Series 80 Plus Platinum PSUs have a smaller form factor than general power supplies, which, alongside its fully modular cabling, is perfect for smaller chassis. Shipping with an SFX-to-ATX bracket, the new range fits into both small form factor and full-size ATX cases. 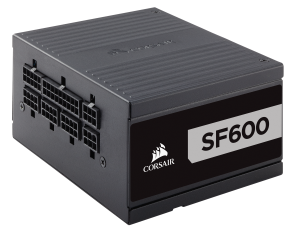 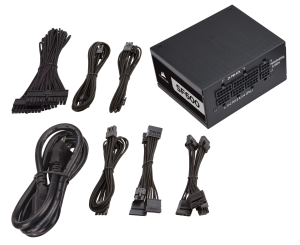 Catering to the more budget conscious, Corsair’s Vengeance Series 80 Plus Silver power supplies come in 650W and 750W variants, offering up to 89% power efficiency using the same Japanese capacitors in a semi-modular design.

These include a switchable single/multiple +12V rail design. This enables users to instantly switch from multiple +12V rails with OCP on each cable, to a single +12V rail, allowing for +12V capability on any of the PSU’s DC connectors. 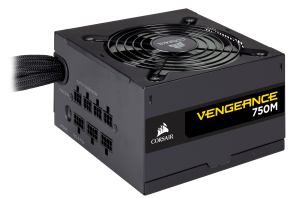 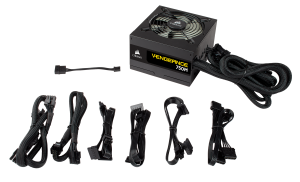 It’s only fitting that Corsair would launch a compact case to pair with its small form factor SF Series PSU, introducing the Crystal Series 280X RGB MATX Case. Shipping with two LL120 RGB fans connected to the front and a Lighting Node Pro controller, users can customise 16 lights on each fan.

Its unique dual-chamber design helps to balance between performance and aesthetic, storing the power supply, cabling and drives in the rear chamber while displaying the motherboard, CPU and graphics card in the front chamber behind a tempered glass window. Corsair emphasises that this also helps to ensure the cooling of components.

MATX doesn’t necessarily mean the loss of space, as the rear chamber houses enough room for up to two 3.5in drives and three 2.5in, while the front chamber supports multiple 240mm liquid cooling radiators. Check for compatibility before purchase. 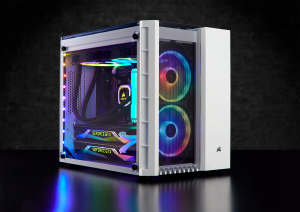 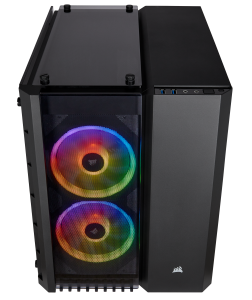 The Crystal Series 280X RGB MATX offers the choice between black and white finishes. Those not particularly fond of the RGB can also keep a low profile with a standard version.

KitGuru Says: The Crystal Series 280X RGB gels particularly well with Corsair’s overhauled CUE control software, however it’s difficult not to feel like RGB is still a marketing gimmick. What do you think of Corsair’s new products?

Previous Botched Amazon listing hints at Fallout 76 release date ahead of E3 reveal
Next Which MSI laptop to buy in 2018?