At CES 2013 in Las Vegas, Antec was on hand to launch the brand new GX700 chassis. KitGuru has done some investigation into the UK and European launch pricing. Seems attractive, so what are you getting for your money?

There was a time when Antec chassis ruled the world (of Warcraft etc). The Antec 900 chassis was an absolute classic – as was the 1200 that followed behind.

.
One generation later and they brought the 300 to market – which delivered the kind of simple lines that we've now come to expect from top design houses like Fractal Design.

But chassis design is like fashion – the ‘leader' changes hands over time and each new generation brings a new hero.

Take, for example, the fortunes of NZXT. They launched with some killer designs – had several years of product that was ‘OK, but not setting the world alight' and then absolutely nailed it with the Phantom.

Antec has gone with a solid ‘War' theme for the GX700 – popular with products like the GT from Thermaltake and various Strom options from InWin.

It's a difficult thing to get right, but – based on our initial impressions – we think they might have nailed it.

The overall styling is ‘War', but the cool addition of a ‘protected' button does add something. What do you think?

KitGuru says: If Antec can hit the €79/£69 price point, then this case could prove very popular indeed. We're expecting it to land in Holland around the end of January and be in the UK in time for (My Bloody) Valentine's Day. Then we'll know if the £69 price tag does or does not include VAT. 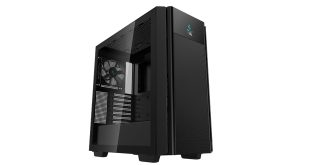