The spacious primary chamber is deceivingly large due to the fact that it isn’t equipped with sizeable drive bays or a power supply area.

Maximum expansion card clearance is 320mm, or around 355mm if one decides to remove the front fans.

A pair of 2.5″ or 3.5″ storage drives can be mounted on the Air 540’s bottom edge without the need for tools. The drives are powered and connected via a single-device SATA hub.

Corsair equips the Air 540 with a pair of its Air Series AF140L fans in the front mounting location. A large, magnetic filter stops dust and dirt entering through the case’s front side.

Removing these fans will give watercoolers the freedom to mount a 240/280mm or 360mm radiator in the front section. And the 110mm of clearance to the motherboard’s nearest edge should also make push-pull configurations a possibility.

Clearance above the uppermost 120mm fan mount is 20mm which means that things could get tight when front- and roof-mounted radiators are used simultaneously and their tubing meets in the top-front corner.

Another of Corsair’s Air Series AF140L fans is used in the 540’s rear mount. With 60mm of clearance between the rear fan mount and roof, a heavily-oversized 140mm radiator could be fitted with ease.

Eight expansion slots each feature a vented cover and tool-less operation by means of thumbscrews.

Clearance between the roof mount and motherboard upper-edge is 71mm – a sufficient value for a thick radiator and single set of fans, but somewhat limited for push-pull configurations.

Corsair uses the secondary chamber to isolate less heat-sensitive components from the power-hungry CPU and graphics cards. The motherboard tray acts as a barrier between each chamber, limiting the transfer of heat from one side to another.

But separating components isn’t the secondary chamber’s biggest task – cable management and storage is. With 115 millimetres of space between to motherboard tray and right side panel, copious amounts of cables can be stored without the requirement for precise cable management.

Sat behind the high-quality, magnetic dust filter are Corsair’s AF140L fans. Removing the front panel requires the roof panel to first be removed. This is an irritating design choice which adds needless time to simplistic upgrades.

Thankfully, both panels are very easy to remove. The roof is held in place by a pair of thumbscrews, while the front panel slides upwards out of its position. Don’t expect to mount a pair of fan between the roof and top panel filter – there isn’t enough clearance. 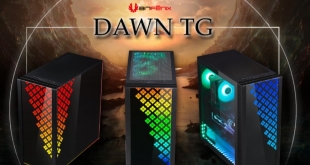