To put this case through its cooling paces we will be using a test system consisting of an AMD FX-8350, Radeon HD 7850 and multiple storage drives. This system allows us to produce a substantial amount of heat and effectively test the NZXT Phantom 630‘s cooling capabilities.

Room temperature was maintained at 24°C.

With most cases, we recommend users purchase an additional fan to improve cooling performance, but that recommendation isn’t relevant for the Phantom 630. 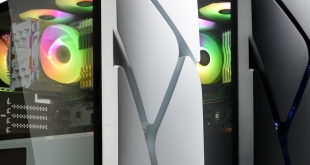