Building on the success of the original Big Chungus case, today Kolink is launching two new models – the Big Chungus Shredded and the Big Chungus Hench, both featuring unique designs that stand out from the crowd.

Both new cases feature a modern, semi-open design, with large tempered glass windows and SPCC steel for the frame and panels. There are hexagonal cut-outs on the top and rear panels, which is where your fans will be mounted. Both cases come with ARGB fans too for a dash of colour. The Hench goes one step further for ARGB with the addition of a lighting strip along the side panel. 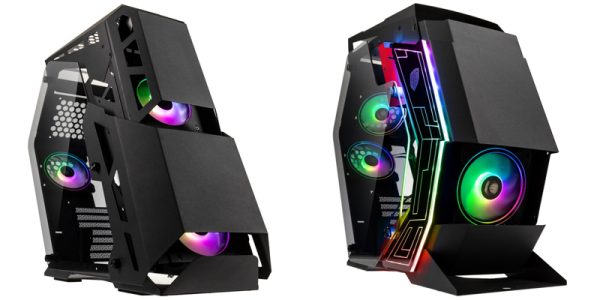 Both cases come equipped with four Kolink Umbra 120mm ARGB PWM fans and an Umbra Core RGB/PWM controller. The Big Chungus Shredded has three fans installed in the front and one in the rear, but users can upgrade with an additional fan in the rear and two more in the roof of the case. The Big Chungus Hench has two fans in the front and two in the rear, but you can add an additional two fans in the roof if needed.

The cases support up to ATX motherboards and standard ATX power supplies up to 200mm, as well as up to 310mm long graphics cards, and up to 165mm CPU tower coolers. Both cases have three drive bays, one 3.5″ drive bay and two 2.5″ drive bays.

KitGuru Says: The Big Chungus line-up is growing with even more interesting looking cases. What do you think of the new Hench and Shredded cases? Would you like to build a system in one of these? 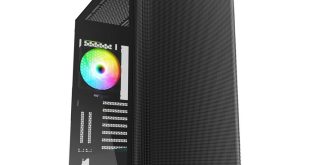 Sharkoon has been delivering quality budget-friendly cases for some time now. Following on from the …