Frostbite 2 Thermal Grease is engineered for application on CPUs or GPUs and can be used in conjunction with air or water cooling solutions. EVGA claims that Frostbite 2 is ideal for high-end gaming systems or for users that want to push the performance of a system with extreme overclocking of the CPU or GPU.

EVGA compares the performance of its Frostbite 2 Thermal Grease with two unnamed competitors and shows that it beats them by 2 or 3 degrees Celsius in tests. Frostbite 2 is built for high-performance systems with a thermal conductivity value of 1.6 W/m-K and said to be easy to apply using the traditional 2.5-gram syringe it is contained inside. 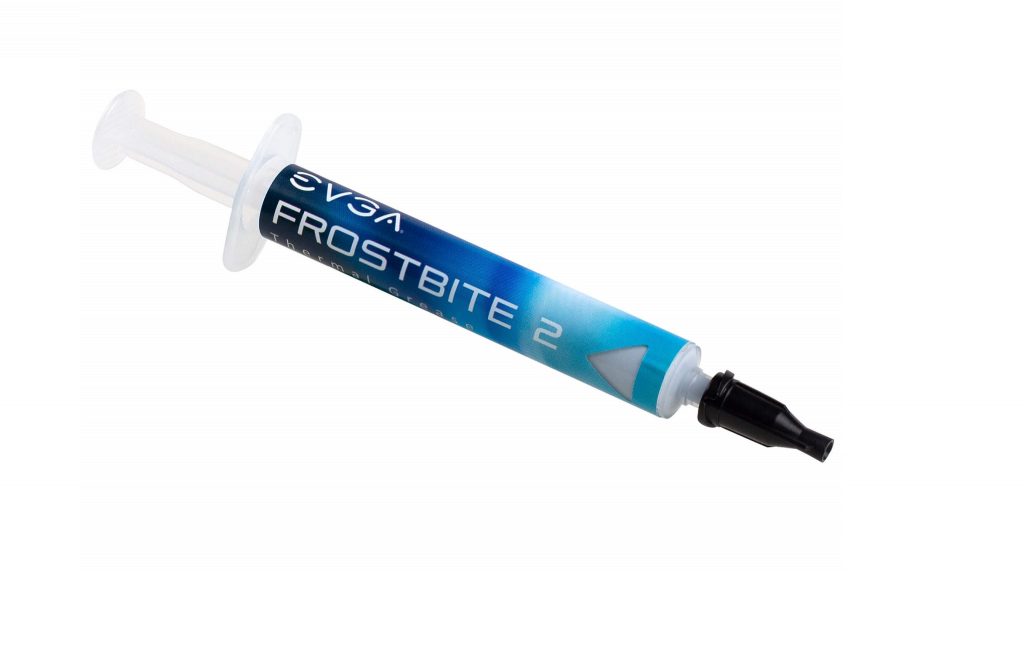 EVGA Frostbite 2 Thermal Grease is available to purchase directly from EVGA in 2.5-gram syringes priced at $7.99.

KitGuru says: Without testing the Frostbite 2 it is difficult to comment on performance. However, the specifications suggest it should be a good performer. What do you guys think?