If you are thinking of building a budget PC system over the Christmas period and wondering which CPU cooler to buy, then ID-Cooling may have a new cost-effective option worth checking out.

The ID-Cooling SE-224-XT Basic is designed for use with processors that have a TDP rating of under 180W, so don’t expect great results on an overclocked high-end CPU. However, it should offer enough cooling potential to keep temperate under control on any stock desktop processor.

ID cooling has thought about compatibility with the SE-224-XT Basic, dimensions of 120 x 73 x 154mm means it should fit inside most regular ATX cases on the market today. The SE-224-XT Basic also features a wide range of mainstream CPU socket compatibility too, with mounting hardware provided for Intel socket LGA2066/2011/1150/1151/1155/1156 and AMD AM4. 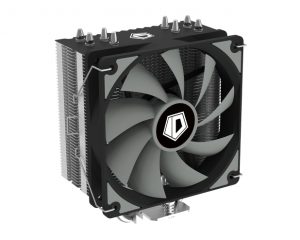 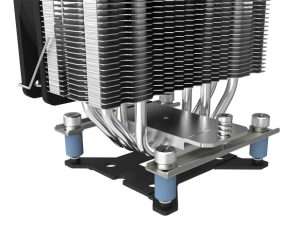 The included 120mm fan features eight rubberised dampeners on all corners and both sides, allowing vibration reduced mounting of the fan in either pull or push configuration. The Fan is PWM controlled with a speed range of 700 to 1800 RPM and capable of pushing 76.16 CFM air at maximum RPM. ID-Cooling has included an extra set of fan retaining clips so users can add another fan for push-pull configuration. ID-Cooling claims noise levels measure 15.2 to 32,5dBA so it’s reasonably quiet.

The cooler is bundled with ID-TG25 thermal grease that has a thermal conductivity of 10.5W/m-k and will be available for purchase in early December 2019, with a price tag of $27 US or €27.

KitGuru says: There are plenty of cost-effective CPU tower coolers on the market to choose from right now and ID-Cooling is offering another choice. Can it compete with the likes of the Cooler Master Hyper 212 or Arctic Freezer 34, what do you guys think?

Nvidia has been ramping up support for its DLSS performance-saving technology this year, having shipped …