According to EK, the Quantum Momentum VRM Bridge is the only available solution that bridges “multiple liquid cooling components with a unique mounting mechanism”. Since it is compatible with all EK-Quantum Velocity CPU water blocks, if you're upgrading from a previous EKWB custom cooling setup chances are you will be able to re-use the CPU block.

The idea behind the Bridge is simple. Instead of using a variety of fittings and tubing runs to connect the pre-installed CrossChill EK III VRM block to the rest of your liquid cooling loop, now you only need the VRM bridge plus two fittings. By uniting both the CrossChill EK II and the CPU water block, this bridge creates a “single entity” with two contact points. 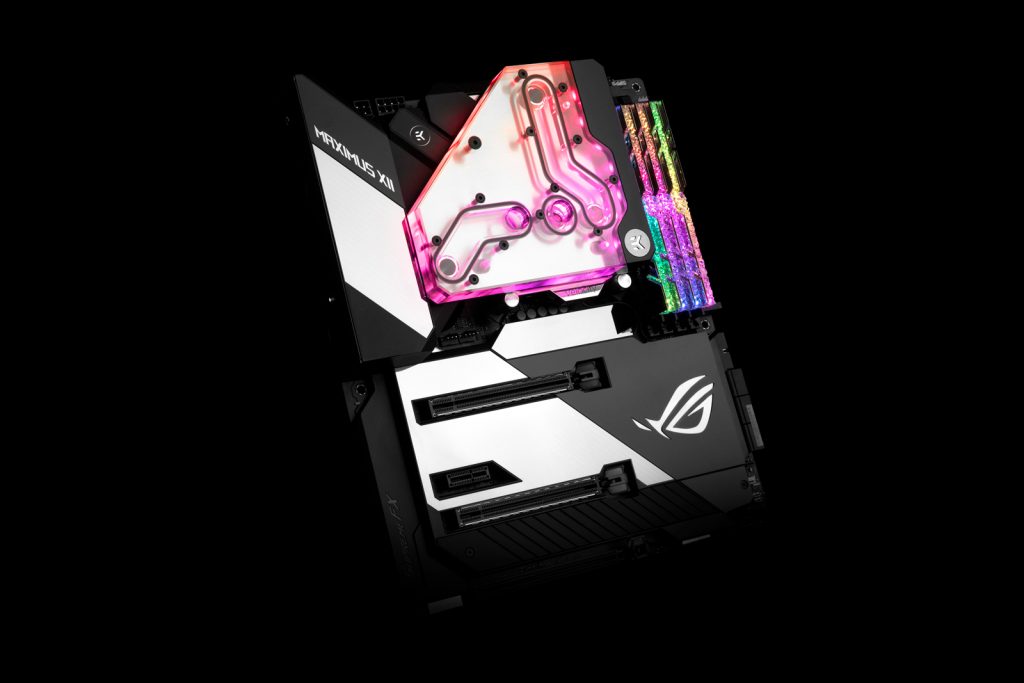 Thanks to the patent-pending mounting mechanism, the EK-Quantum Momentum VRM Bridge should be easy to install by avoiding the mounting of multiple angled fittings, resizing tubes, and reconnecting them all. EK claims the VRM bridge's locking system is simple to use and fast to connect.

This VRM Bridge comes with a 3-pin LED connector that you can connect to the motherboard's Aura_gen2 header, allowing you to synchronise the RGB lighting system through the Asus Aura Sync software.

The “EK-Quantum Momentum VRM Bridge ROG Maximus XII Formula D-RGB – Plexi” is available now at EK Webshop and at select retailers, with an MSRP of €89.90. You can learn more about it HERE.

KitGuru says: The Momentum VRM bridge looks a tidy solution for anyone watercooling with the Maximus XII motherboard.