I recently reviewed the Alphacool Eisbaer Pro Aurora 360 CPU cooler and now it's time to add the Eiswolf 2 graphics cooler to the equation. That means a new a PC build that makes the most of the substantial Corsair iCUE 7000X RGB case, along with a hefty amount of RGB lighting…

In our review of the Eisbaer Pro Aurora 360 we showed you how Alphacool had used a DC-LT pump on a copper CPU block along with a copper radiator and substantial hoses to create a pre-filled All In One CPU cooler.

One feature we haven't checked out is the quick break connectors that allow you to expand the loop using more pre-filled Alphacool hardware without the need to pour any coolant. Today it's time to put this feature to the test with an Eiswolf 2 graphics cooler that was supplied with a reference RTX 3080 block compatible with our Palit RTX 3080 Gaming Pro 10GB graphics card.

We chose the Corsair iCUE 7000X as we were confident it could accommodate the pair of 360mm radiators without difficulty but it also occurred to us the Corsair would show the ARGB lighting on the fans to the fullest extent and blimey, it did a fine job. 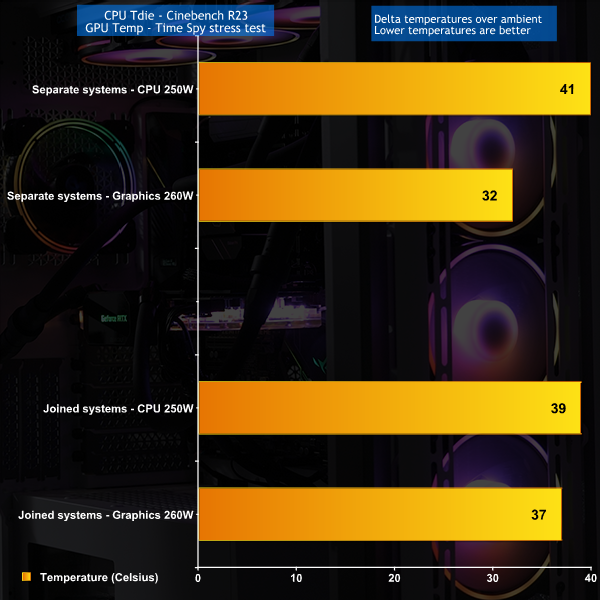 The temperatures shown in the chart are Delta i.e. measured figure over ambient as the initial tests were at 20 degrees C and the second batch at 22 degrees C. In the video the figures you can hear are the true measured figures because doing maths on the fly can get complicated. The upshot is that running the Eiswolf and Eisbaer separately gives similar results to a joined loop, however the numbers are not quite identical. In the joined system the CPU temperature was two degrees cooler while the graphics card was five degrees warmer. That's a satisfying result as the temperatures converged in the joined system, exactly as theory suggests they would.

We had a blast using the Alphacool Eisbaer and Eiswolf in the huge Corsair 7000X and were pleased how well the two cooling systems worked under extreme load. It was an added bonus that the ARGB lighting effects on the seven Alphacool fans and the two pumps worked flawlessly and added an appropriate level of glitz and fun to the finished PC. 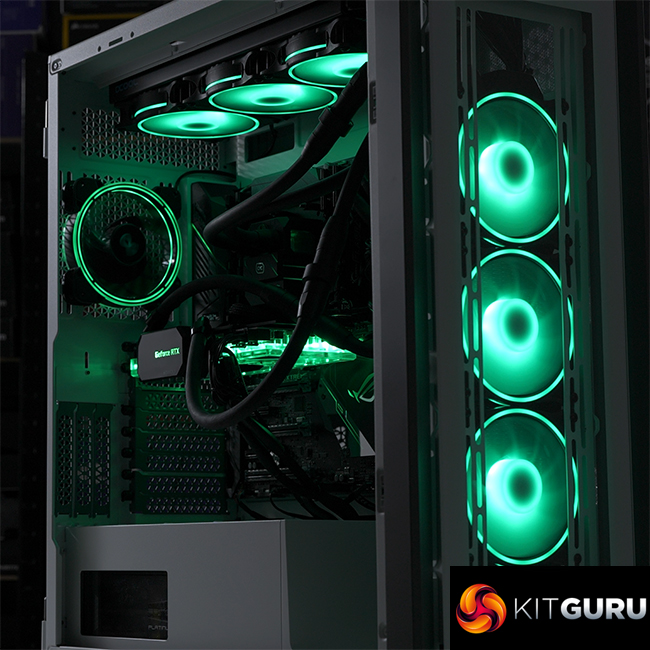 At the end of the video we mentioned the 40cm coolant hoses are rather long and the result is somewhat messy. It would of course be possible to shorten the hoses, however this would involve draining the hardware and refilling with coolant. That wouldn't be difficulty but it rather flies in the face of the whole idea of these pre-filled systems with quick break connectors. Another point that cropped up in the comments below our video is that we could have installed the front cooler with the unions at the bottom. That may have helped the looks of the installation (or might have caused problems) but we shall have to park that idea until the next time.

You can buy the Alphacool Eisbaer Pro Aurora 360 for £168 from Aquatuning HERE.

You can buy the Alphacool Eiswolf 2 for £234 from Aquatuning HERE.

KitGuru says: Alphacool Eiswolf and Eisbaer show that liquid cooling doesn't have to be horribly complicated. 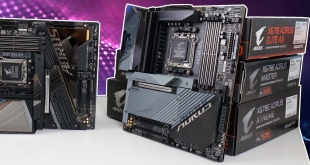