be quiet! is giving away a brand new Shadow Rock 3 CPU cooler

Just a couple of weeks ago, be quiet! announced the Shadow Rock 3, an all-new CPU cooler with a rated 190W TDP cooling capacity and a long-lasting, almost silent fan. Now, you all have the chance to win one and try it out for yourself.

To help promote the Shadow Rock 3 launch, be quiet! is running one of its excellent competitions, giving up a chance to win one of these coolers. Before we get on to the entry details though, here are some details about the Shadow Rock 3 for those who are out of the loop.

The Shadow Rock 3 uses five 6mm nickel-plated copper heat pipes that make direct contact with the CPU and transfer heat to the 30-fin aluminium heatsink. Through some extra design work, be quiet! was able to cut down the number of fins from 51 to 30 between the Shadow Rock 2 and the latest, model, the newer edition also has an extra heat pipe, making it capable of higher performance.

The cooler ships with one Shadow Wings 2 120mm fan, which has a rated lifespan of 80,000 hours and has a maximum noise level of 24.4 dB, making it one of the quietest cooling fans around. However, there is also room to add a second 120mm fan later on if you want more airflow. Finally, the Shadow Rock 3 has also been designed to not impede your RAM slots, so even taller memory module heat sinks should be compatible. 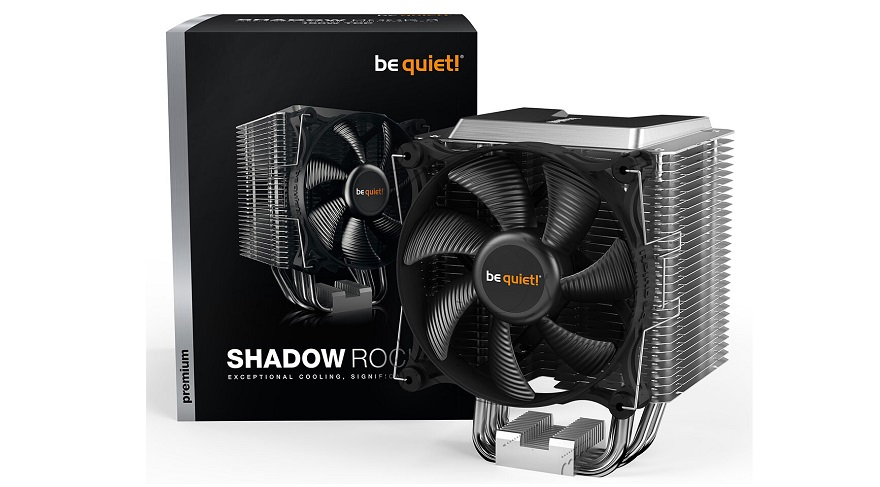 Winning one of these is simple enough, all you need to do is head over to the be quiet! competition page, watch the product breakdown presented by Dieter and then fill out a small form at the end to get your entry in.

Currently, be quiet! plans to keep the competition open until the 17th of March, with a winner being selected and announced on the 19th of March 2020, so you've got plenty of time to enter and won't have to wait long to find out if you are the lucky winner.

KitGuru Says: be quiet! makes some of my personal favourite CPU coolers, so I'm looking forward to seeing what our reviewers think of the Shadow Rock 3 themselves. Are any of you planning on entering the giveaway? If you do, we wish you luck!