AMD’s latest series of HEDT processors have officially arrived alongside the new TRX40 motherboard platform and the sTRX4 socket. To support the latest chipset and 3rd Gen Threadripper CPU socket, EKWB has ensured sTR4 compatible waterblocks for those looking to put a custom loop together.

The EK Velocity sTR4 series of water blocks are designed for Ryzen Threadripper and while the CPU socket has changed, the cooling mounting points are in the same place, so the full series will be compatible with new TRX40 motherboards. 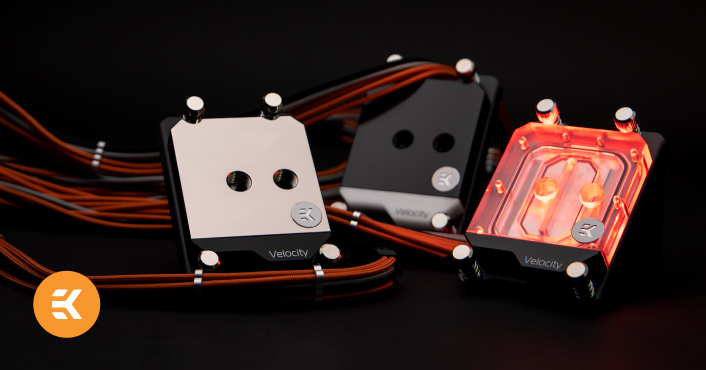 There are five different versions of the EK-Velocity sTR4 water block currently available:

With the latest generation of Threadripper processors, AMD has pushed desktop PC core counts higher than ever, with the TR 3960X sitting at 24C/48T, the TR 3970X at 32C/64T and the upcoming TR 3990X utilising a whopping 64 cores and 128 threads. With that in mind, getting the right cooling gear is going to be very important for maintaining peak performance.

The EK-Velocity series seems up to that task, with each block using a machined copper base, nickel electroplating and micro fins covering the entire CPU surface area to ensure optimal heat transfer.

KitGuru Says: Custom water cooling seems like it might be a necessity for the 3990X, although we won’t know for sure until we get to test one ourselves. Are any of you thinking about picking up one of the new Threadripper processors? Will you be water cooling it?