Back in February, we had the opportunity to meet up with ARCTIC and get an early look at the upcoming Freezer 50 TR and Liquid Freezer II CPU coolers. They looked impressive but now we've had a chance to hear from ARCTIC'S technical director, Vincent Andre, to get even more details on these coolers and the design process behind them. If you've ever wondered what goes on behind the scenes when designing and launching an AIO or air cooler, then you will want to check this out. 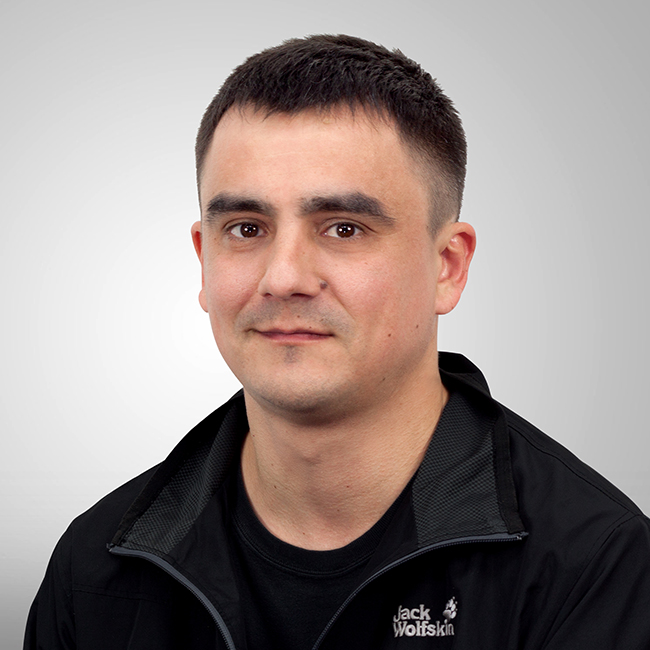 Everyone’s really curious about the technical details of the new CPU coolers. What can you share with us?

For the Liquid Freezer II, we gave ourselves a design imperative to not infringe on any patent because, being inventors ourselves, intellectual property is something that we deeply respect. We went through numerous functional designs–some were discarded due to the patent situation; some were discarded because of their complexity; and others were discarded only after testing them. So the final design, the one you have now, is the product that met each of these requirements.

The pump is powered by a three-phase motor, which allows it to achieve higher efficiency and smoother operation. We got the idea to add a VR cooling fan, which came with further integration challenges. This, however, went well with the choice of the 40mm diagonal fan and its integration over the cooling plate. We’re also quite proud of the cable management, as there are almost no visible cables in the product, even for the 360 variant.

As for the Freezer 50 TR, it was a project very close to our hearts, since we’ve been an AMD partner from the very first generation of Threadripper. Our internal goal was to create the best air cooler for Threadripper; based on what’s currently on the market, we feel confident that this goal has been achieved, and I am proud of the work the team delivered.

The Freezer 50 TR is a dual-tower, dual-fan air cooler with eight 6mm heatpipes to carry heat to the aluminium fins to be dissipated, so nothing groundbreaking in the technology. What’s special about its creation are the many, many hours of development that went into it. We honed every aspect of its construction to squeeze out performance capable of cooling the monster that is Threadripper.

Design was also a key element of this product. There were countless hours of back and forth between the engineer and the designer to ensure that we could phase in the performance optimization while maintaining a visually pleasing design, including A-RGB. This was a tremendous team effort, and the results are even more appreciable for that reason.

Can you tell us about the water cooling pump designed by ARCTIC?

ARCTIC is a company that puts innovation at the core of its product line, but we found ourselves using the same pump as most of the competition in the market. So, we saw this as an opportunity to challenge ourselves by bringing our own design to the market. Further, having worked with Asetek, we also knew both what aspects of their module was great and what aspects didn’t work well for us. We took great care to match them on the strengths while adding solutions for our ARCTIC-specific needs.

The development of the new coolers has lasted a rather long time. What were your biggest challenges?

As explained before, the patent protection was one of them. The second and biggest was actually the experience: experience can’t be acquired just by downloading it. You need to test things, fail, learn from missed attempts, then repeat that again and again until experience comes. Going into it, we already knew a lot about water cooling, but doing it ourselves made us learn way more deeply. Some things that seemed trivial were, in reality, very different than we had anticipated. In addition to acquiring the experience needed to create a great CPU cooler, we of course did not want to release a product without thoroughly testing it. We spent time making sure that the cooler would not only work for the user when they get it, but also for years to come. Value for money is a core ARCTIC principle, and for that reason, we spent a lot of time refining the design but even more time making sure the production process was totally mastered.

With the Freezer 50 TR, RGB will finally be part of ARCTIC product family. Can customers expect more RGB products in near future?

Yes, but let me here emphasize that the Freezer 50 TR is A-RGB, meaning each LED is individually addressable. We have made it so that a user can directly plug it into their motherboard if it is equipped with an A-RGB header. For the others, a controller will be available as a part of a bundle. And yes, we will have more products coming up soon– for instance, A-RGB fans.

Visuals play an important role for gamers and modders, especially when they’re planning their setups. Which other visual trends (aside from RGB) are you following with these new products?

We do not really follow specific design trends, though we have defined some design elements that we are conveying through the product portfolio. This way, not just gamers, but also all other customers, can have a cohesive design when they choose ARCTIC products for their PC cooling (something I would heavily recommend). The process of incorporating these design elements has been started already in the latest products and will be further enhanced in the future. RGB and A-RGB will be more present in the future products, but we will also keep in mind what made ARCTIC’s reputation: the value for money. So, our key focus will still be to bring great products at great price. Now, some of those products will be glowing in multiple colours, too.

Both of these coolers are part of a larger series (ARCTIC Freezers). Which models we can expect next?

We’re working on upcoming products to complete or renew the ARCTIC CPU Cooler portfolio. The lower-priced end of the portfolio was updated last year with the release of the Alpine 12 and AM4 series, and we’re now replacing the Liquid Freezer. We’re opening a new segment with the beefy Freezer 50 TR, which will have a younger sibling, the Freezer 50, aimed at Intel 115x/2066 and AMD AM4 sockets. The rest of the Freezer portfolio will slowly be replaced by new and improved coolers.

On the fans front, we’ve also got some incoming products with, for instance the A-RGB fan I mentioned. Plenty of exciting things coming up!

KitGuru Says: Lots of interesting details here straight from the man himself. We'll be looking forward to getting our hands on these coolers soon and putting them through their paces.

Previous Cyberpunk 2077 is going all in on first-person
Next be quiet! launches Pure Base 500 in black, white and metallic gray