MSI’s Z390 GODLIKE motherboard now has its own EKWB monoblock

EKWB is expanding its Momentum Monoblock range again this month. The Momentum series contains motherboard cooling blocks for some of the highest-end ASUS ROG and Gigabyte Aorus motherboards already and today, the MSI Z390 GODLIKE joins the list.

The MSI GODLIKE is a flagship motherboard, heavily delivering on features and overall spec. With the new EK Water Blocks Momentum, the MSI MEG Z390 GODLIKE will now also be cooler than ever, with the monoblock bringing cooling to both the CPU and motherboard. As you would expect, this monoblock also supports MSI Mystic Light and contains addressable RGB LEDs, offering full lighting customisation. 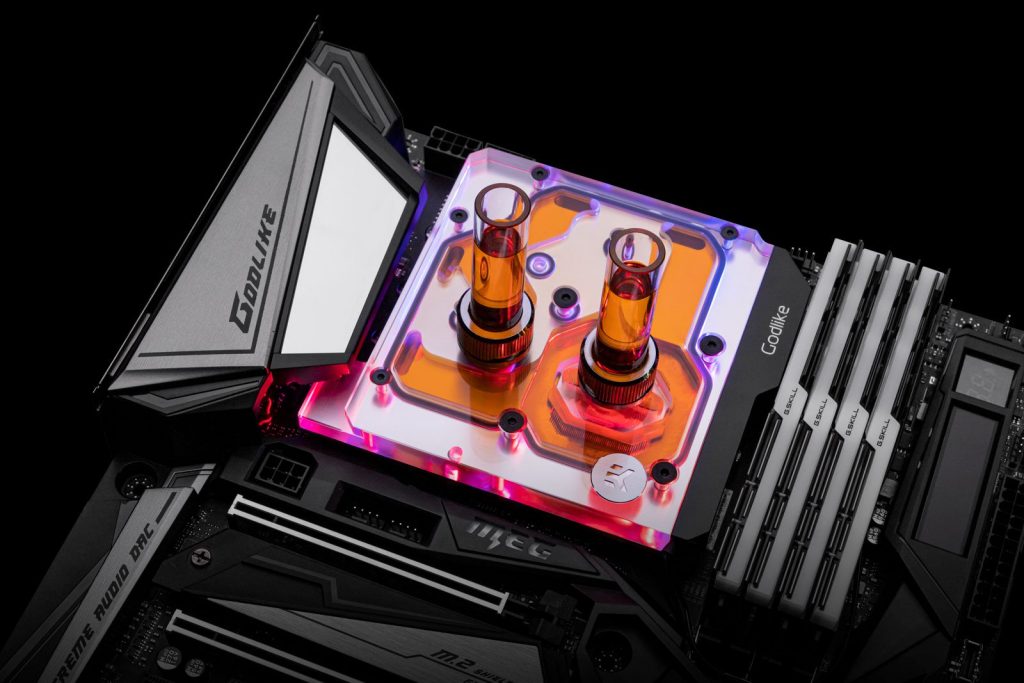 The block was designed and engineered in cooperation with MSI. The block directly cools any LGA 1151 socket CPU and the MOSFET voltage regulation module. Liquid flows over all critical areas, which should help aid in higher stable overclocks and better temperatures all around.

The EK-Momentum MEG Z390 Godlike has a high flow design, so it can be used with powerful, fast pumps or weaker/lower RPM pumps as well. A special cold plate design also ensures that the block has better contact with the integrated heatsink on Intel 8th Gen and 9th Gen processors.

The EK-Momentum MEG Z390 Godlike D-RGB Plexi monoblock will begin shipping on the 4th of September for €139.90 via the EK store.

KitGuru Says: Are many of you planning on putting together a custom water loop this year? Will you be trying out a Monoblock or sticking to a traditional CPU block?

Previous Don’t forget to check out KitGuru’s ‘Best Of’ hardware guides!
Next Kolink Enclave series offers 80Plus Gold efficiency on a budget