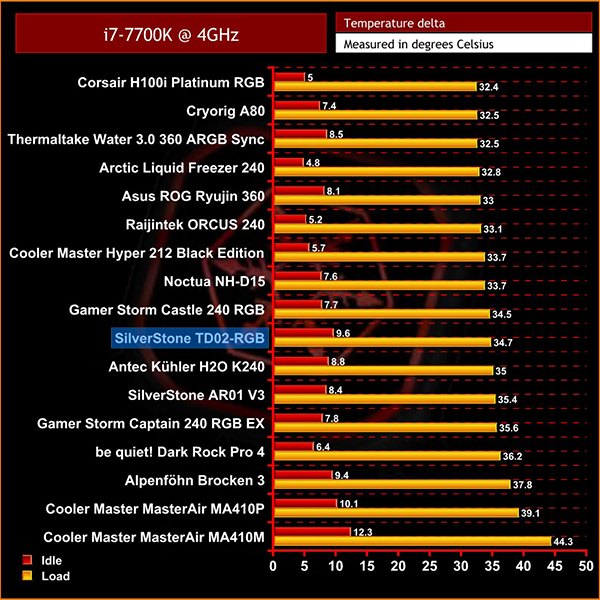 At stock speeds the TD02-RGB performs pretty admirably, coming in just behind the Gamer Storm Castle 240, but only by 0.2 degrees, so it’s pretty much the same performance when compared to a similar 240mm AIO liquid cooler. 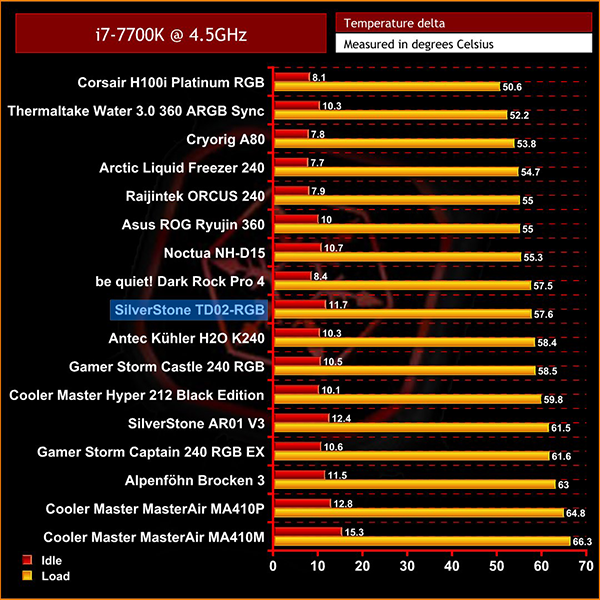 With our 4.5GHz overclock the TD02-RGB actually surpasses the Castle 240 and sits basically in the middle of the pack, still performing well relative to its price point. 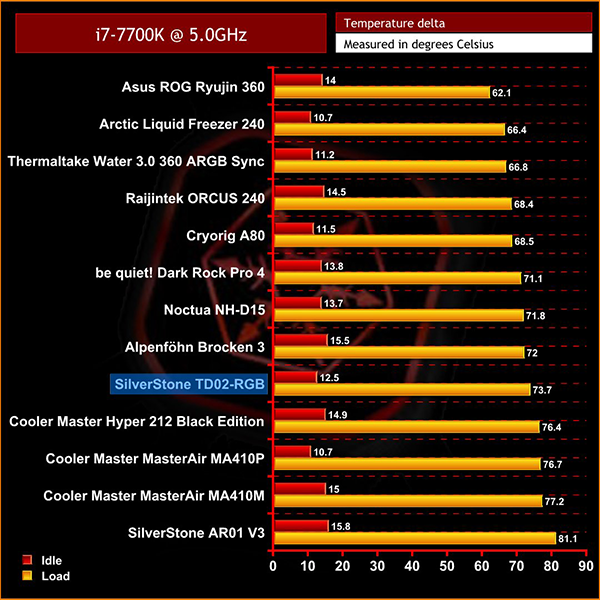 Our 5GHz testing was slightly less impressive though, as the TD02-RGB fell behind models like the Arctic Liquid Freezer 240 – losing out by about 7 degrees or so – but clearly at this kind of overclock you’d be much better off with a larger 360mm radiator cooler. 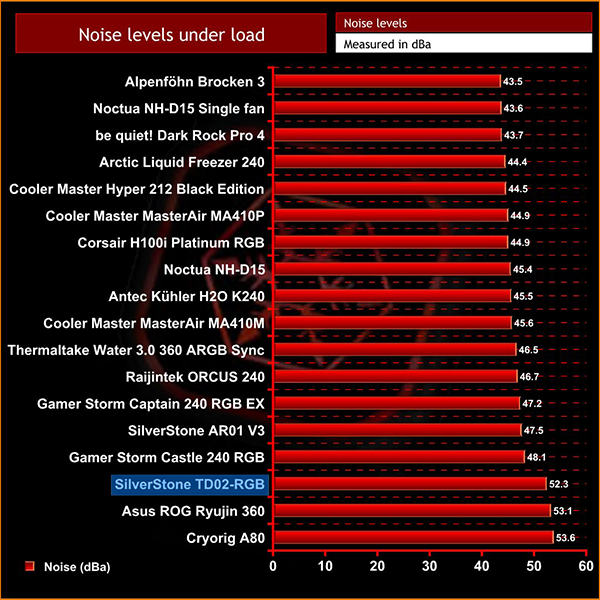 Noise levels also were quite high, with the TD02-RGB pretty audible at 52.3 dBa. The included fans can spin up to 2200RPM which does explain the louder operation, so there would be scope to replace these with quieter models if you felt inclined – but that obviously adds extra cost to the bundle, when at £60 the TD02-RGB is really all about value for money.