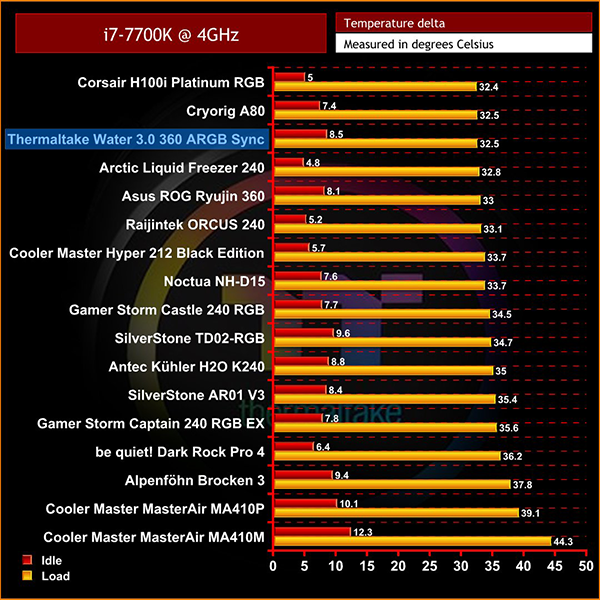 With our i7-7700k locked in at 4GHz, performance is outstanding – as we would expect from such a large cooler – but it even surpasses the Asus ROG Ryujin 360. If you’re not looking to overclock, you can game safe in the knowledge the Thermaltake Water 3.0 360 ARGB will keep your CPU practically frosty, but realistically you’d be installing this cooler with an intention to reach some higher clock speeds. 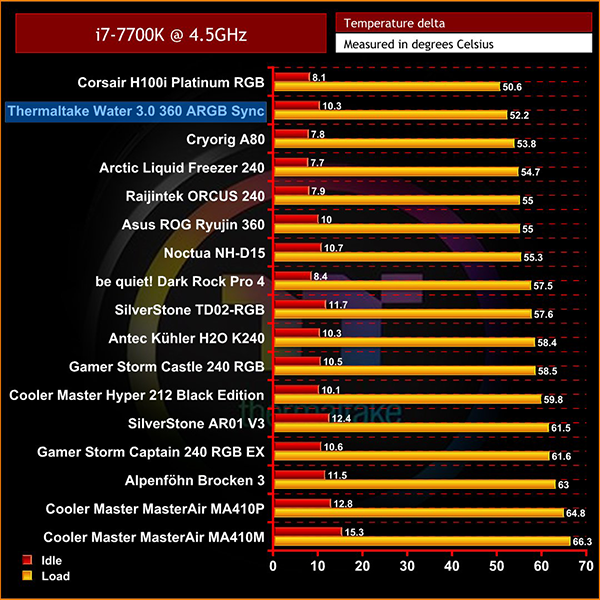 At 4.5GHz, we still see great performance from the cooler, with it only being outpaced by the H100i Platinum RGB from Corsair. Impressively, the Water 3.0 is still outperforming its closest competitor, the Ryujin 360, by a couple of degrees. 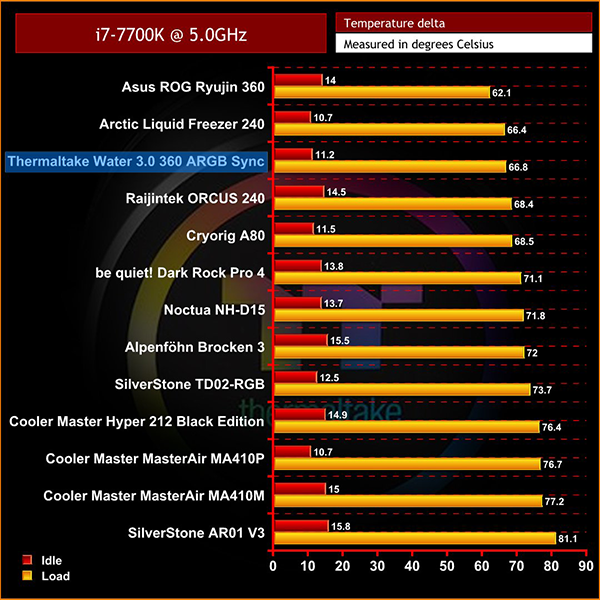 At 5GHz, little changes although the Water 3.0 360 ARGB does move into 3rd place, dropping behind the Ryujin 360 for the first time. 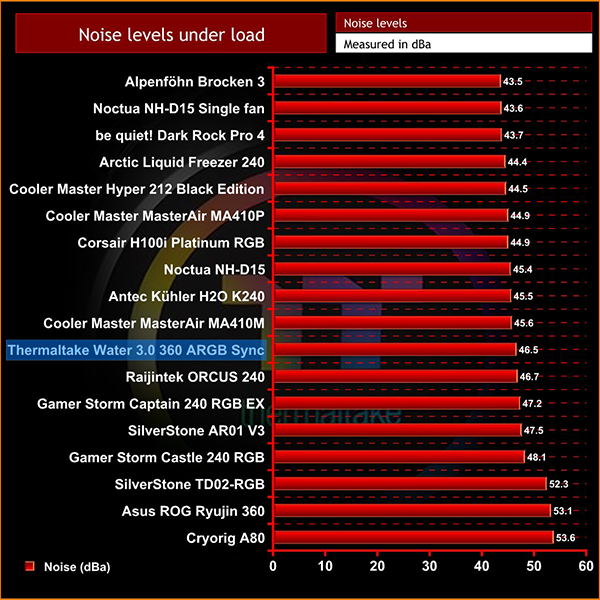 Although we have tested some quieter coolers, the Water 3.0 360 ARGB still offers reasonable acoustic performance. Although the Ryujin found itself running cooler in our 5GHz testing, the trade-off is that it produces significantly more noise.

Previous Bethesda will be at E3 this year, DOOM Eternal showcase planned
Next Nvidia is unlocking DXR on non-RTX GPUs next month