With the introduction of Google Android Wear operating system, hardware makers developing ultra-low-power chipsets started to unveil their platforms for wearable devices, such as smart-watches or smart-eyewear. Imagination Technologies, a leading designer of general purpose processing cores as well as multimedia and graphics processing engines, said this week that it would reveal a number of initiatives aimed at the wearable computing devices.

While ImgTec is only preparing to introduce its MIPS, PowerVR and Ensigma cores optimized for ultra-low power consumption, there are companies who already offer platforms for wearable electronics based on technologies from Imagination. One of the several MIPS-based application processors designed for wearables is the Ingenic Newton, which was developed by Ingenic Semiconductor, a company from China. 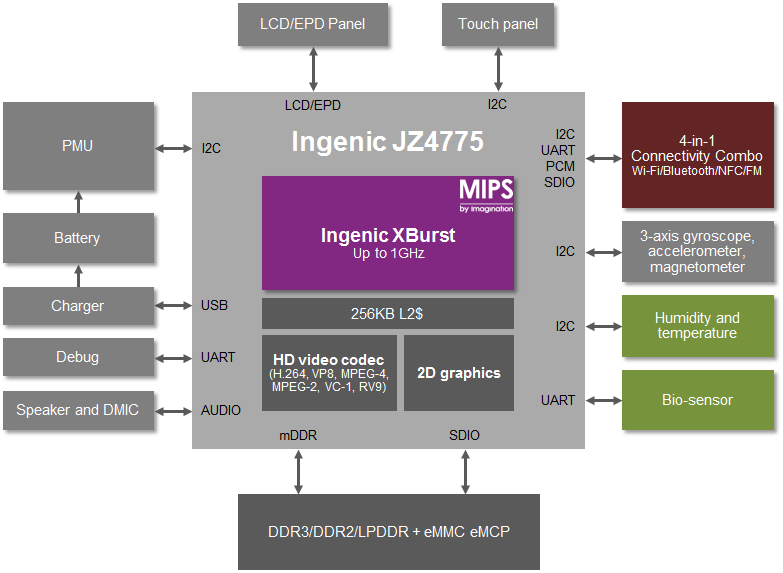 Ingenic Newton is very small (21.6mm*38.4mm) chip and it achieves very impressive power consumption figures under typical workloads: standby power is 4mW, generic computing tasks (e.g., MP3 playback) take up to 100mW on average while peak power consumption is around 260mW. This means that Ingenic-powered smartwatches can last for 30+ hours on a single charge, according to ImgTec. 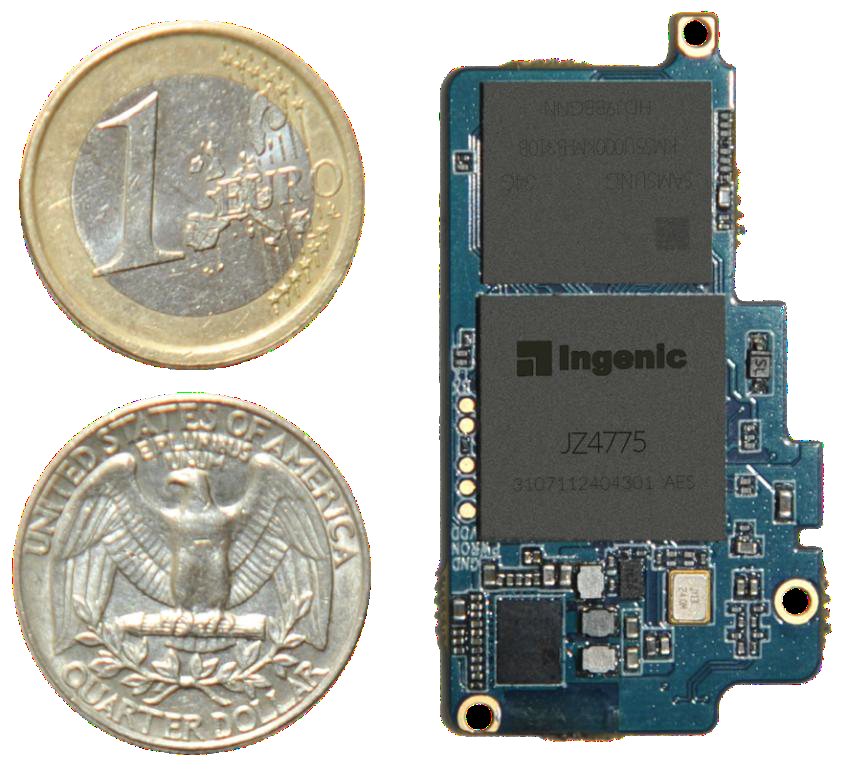 Linux 3.0.8, Android 4.4 KitKat and several real-time operating systems have already been ported to the Newton platform and developers can access the open source drivers. Additionally, Ingenic can provide specialized software packages for customers that are looking at voice or gesture control for user interfaces.

KitGuru Says: These days it is very interesting to see various hardware platforms for wearable electronics. For example, Google uses a rather high-performance smartphone-class SoC inside Google Glass. Meanwhile, Toshiba thinks that a chip featuring ARM Cortex-M4F processor (with 48MHz clock-rate) with a DSP and a floating point processing unit, should be enough for wearable gadgets. Ingenic believes that a 1GHz MIPS core should be fine for smart-watches and other gear. It looks like at present hardware vendors simply have no idea what kind of apps will be run on wearable electronics…