A Chinese overclocker has managed to obtain an engineering sample of Intel Corp.’s Core i7-5775C central processing unit and overclock it to rather whopping 5GHz frequency using an air cooler. As it turns out, Intel’s “Broadwell Unlocked” chips can run at rather high clock-rates.

Albertfu, a PC enthusiast from China, overclocked his Intel Core i7-5775C from default 3.30GHz to 4.80GHz first and passed the SuperPi 32M test in 4.399 seconds, which is a solid result. He then pushed the chip further to 5.0GHz with rather massive 1.419V core voltage and the system was stable enough to boot Windows and take a CPU-Z screenshot. At that frequency, the computer was not truly stable, according to Albertfu. 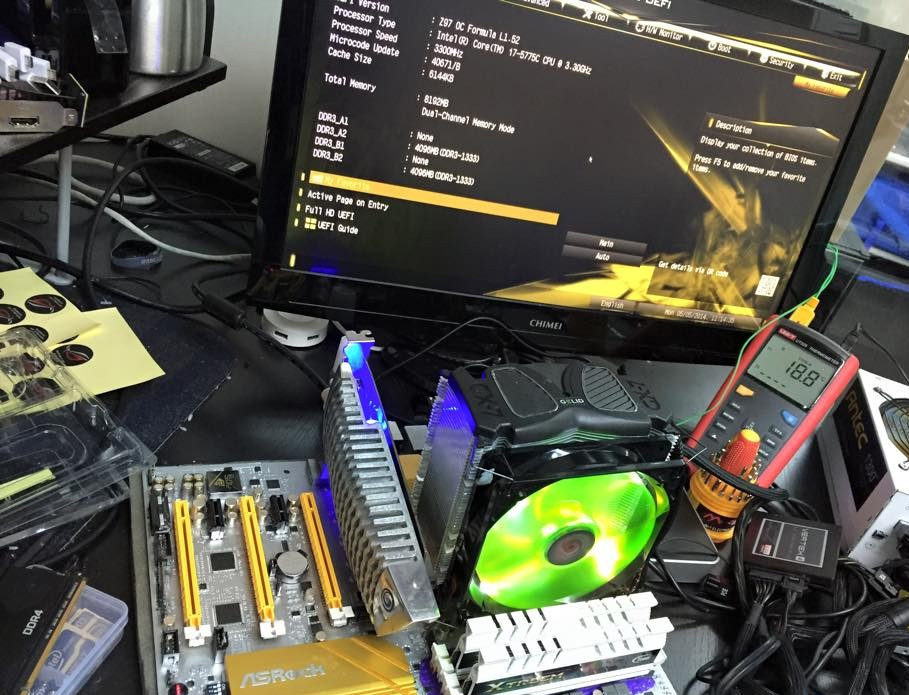 The overclocker used an Asrock Z97 OC Formula motherboard as well as Gelid GX-7 cooler for his experiments. It is highly likely that professionals with liquid nitrogen will manage to boost the Core i7-5775C to well over 5GHz, but do not expect the chip to break that milestone inside regular PCs even with highly-sophisticated liquid cooling solutions. 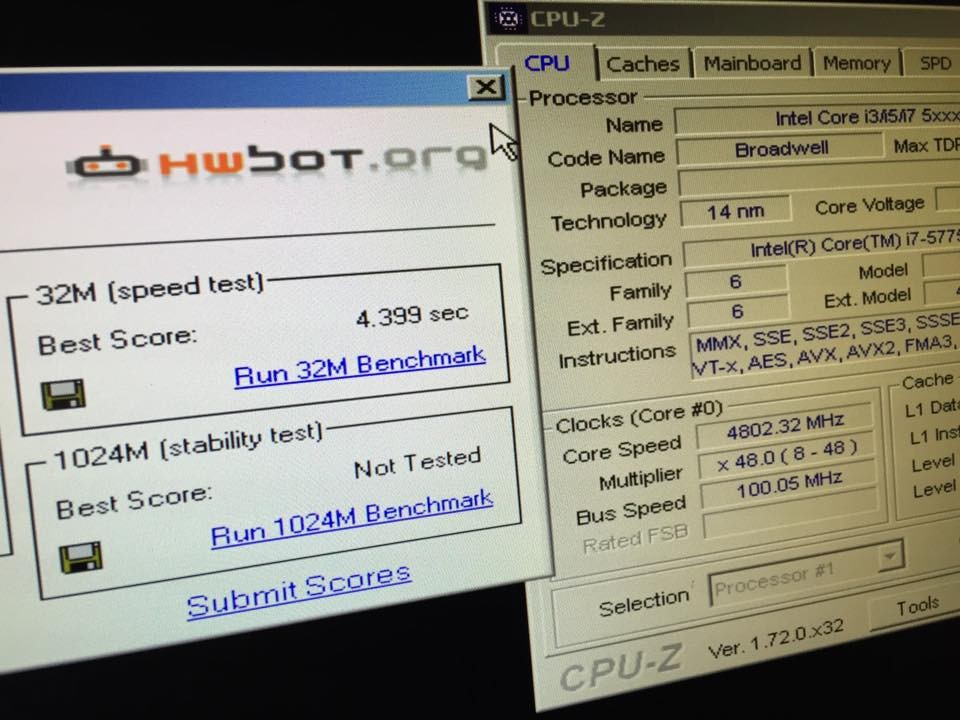 The Intel Core i7-5775C processor features four “Broadwell” cores with Hyper-Threading technology running at 3.30GHz as well as 65W maximum thermal design power. The particular chip clearly demonstrated a rather respectable, yet not record-breaking, overclocking potential. However, at present there is no statistics regarding overclockability of “Broadwell Unlocked” products. If the majority of such chips can only hit 4.80GHz, then it does not seem that they can actually set new performance records, despite of the fact that they are made using 14nm fabrication process and should have high clock-rate potential. Last year enthusiasts managed to overclock an engineering sample of Intel Core i7-4790K processor to 5.50GHz using air cooling. 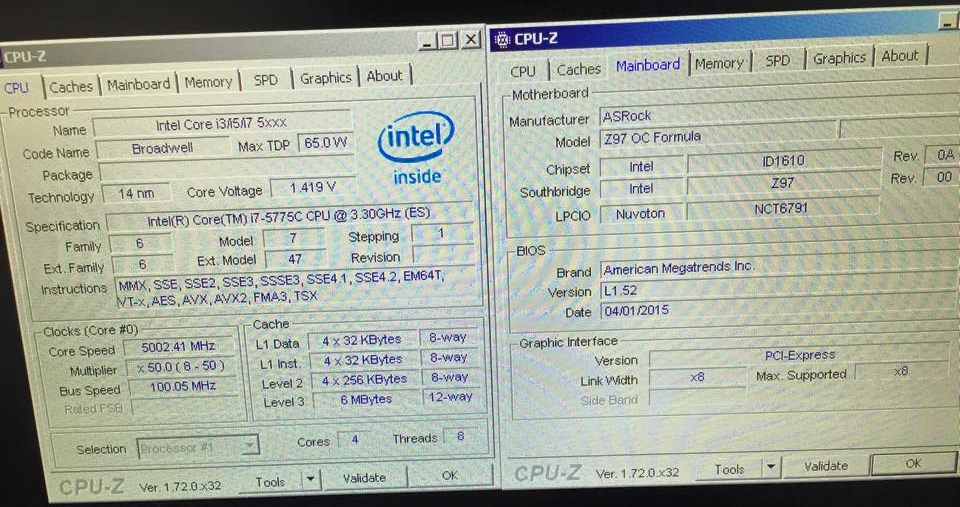 Intel is expected to make its Core i7-5775C processors available in the coming weeks. Pricing of the CPU is still not clear.

KitGuru Says: If you are in the market for a new PC, the Core i7-5775C is a thing to consider, especially once we learn more information about its overclocking potential. However, if you are seeking for an upgrade from something powerful (e.g., Core i7-4770K or Core i7-4790K), it looks like it makes more sense to wait for the Core i7-6700K “Skylake-S” that is due to arrive later this year…