Intel to reclassify Atom processors to better reflect their positioning

Intel Corp. not only plans to unveil its new Atom processors code-named “Braswell” later this year, but also to introduce a new classification for its chips aimed at ultra-portable devices. The new naming scheme will help the world’s largest chipmaker to better position its Atom processors and will likely help customers to make wiser purchasing decisions.

Starting later this year, Intel will offer three types of Atom processors: Atom x3, Atom x5 and Atom x7. Just like in the case of the company’s Core i-series, the higher number will reflect higher performance and functionality, hence, expect the x7 to feature more cores, better graphics engines and higher clock-rates, whereas the x3 will provide basic functionality. What is important is that, based on an infographic published by Intel, the chipmaker will no longer use Atom chips for devices in clamshell form-factor. 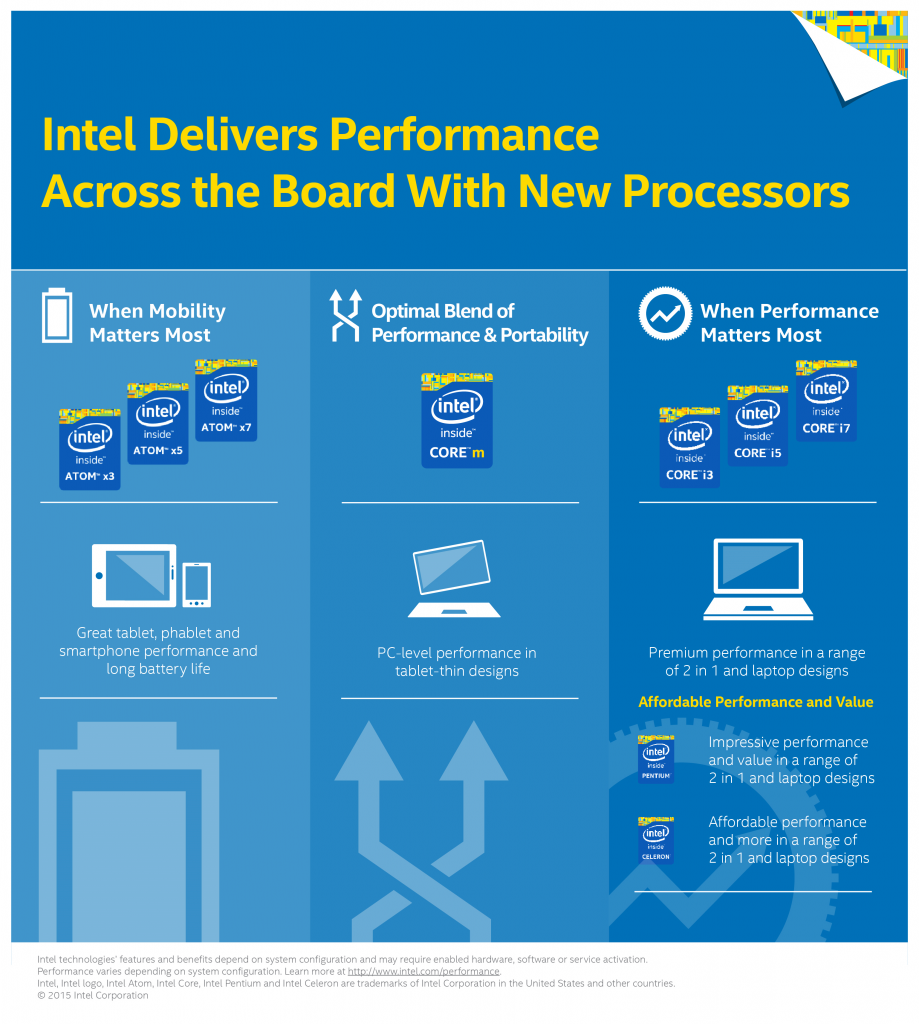 While the new positioning will reflect relative performance and feature-set of Atom processors, it will barely reflect their power consumption as well. Therefore, it will still not be easy to distinguish between processors for smartphones, tablets or various other devices.

Intel will continue to position its Core m processors for hybrid 2-in-1 personal computers and high-end tablets, whereas the Core i3, Core i5 and Core i7 will power notebooks and ultrabooks that require high performances and rich functionality. Celeron and Pentium processors will continue to power similar systems as Intel’s Core chips, therefore, do not expect these two brands to power low-end tablets.

KitGuru Says: The new classification of Atom processors seems to be absolutely rational and logical since it is similar to classification of Intel’s Core processors. More importantly, Atom will no longer be used for netbooks or nettops. Unfortunately, that does not mean that Intel will not release Celeron processors with low-power/low-cost Atom cores inside…