Less than two months after formal announcement, Qualcomm said it would not release its Snapdragon 802 application processor for ultra-high-definition smart TVs on the market because of lower than expected demand. It is unknown whether the company has not managed to win a particular contract with a TV maker, or the demand for chips designed for 4K TVs in mind is simply too low these days.

“Qualcomm Technologies has decided not to commercialize the recently announced Snapdragon 802 processor as the overall demand for processors uniquely designed for smart TVs has proven to be smaller than anticipated,” said Jon Carvill, senior director of Qualcomm’s public relations division. 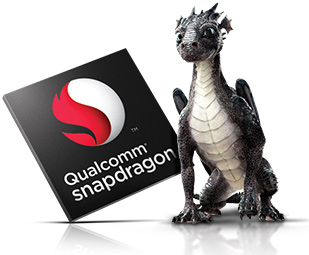 High performance microprocessor and graphics processor were supposed to enable devices based on Snapdragon 802 to support high-quality video games and rich graphics user interfaces in addition to high-quality video playback and support for up-converting to 4K resolution. TV makers will need such capabilities to offer improved user experience on its UHD TVs compared to previous-generation models.

Although the Snapdragon 802 will not be released separately, Qualcomm could offer its other application processors (not originally designed for TVs) for makers of TVs who want to enable high-end capabilities.

KitGuru Says: In case the demand for 4K TVs based on powerful SoCs is not expected to be high, what about the demand for smartphones that feature 4K displays?