AMD recently held an earnings call discussing its Q1 2020 financial results. During the call, Lisa Su – President and Chief Executive Officer of AMD – said that the company now has “more than 50% share of premium processor sales at many top global e-tailers”.

It's no secret that AMD had previously struggled for serious marketshare, but that seems to have changed with the release of the company's Ryzen processors. Now, Lisa Su claims AMD has increased its market share for ten quarters straight, while Su also asserted the company has more than a 50% share of high-end processor sales at many top global e-tailers. 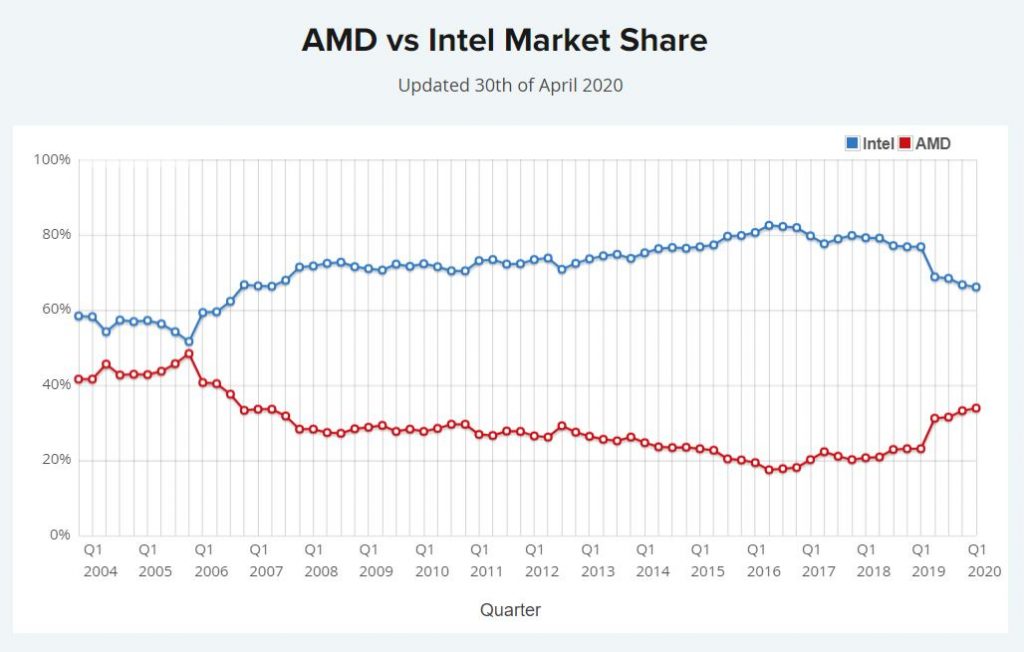 With that said, there is still a long way for AMD to go before reaching a 50% market share for the CPU market as a whole. According to CPU Benchmark data, AMD almost achieved 50% market share back in 2005, but as recently as 2016 had less than 20% market share. Since the launch of the Zen architecture, however, there is a clear upward trend for the company.

The good news is that fierce competition usually results in companies innovating to get the upper hand over their competitors, bringing better products to consumers.

You can listen to or read the transcript of AMD's earnings call HERE. Discuss on our Facebook page, HERE.

KitGuru says: Do you think that AMD will be able to reach a 50% market share for the CPU market as a whole?